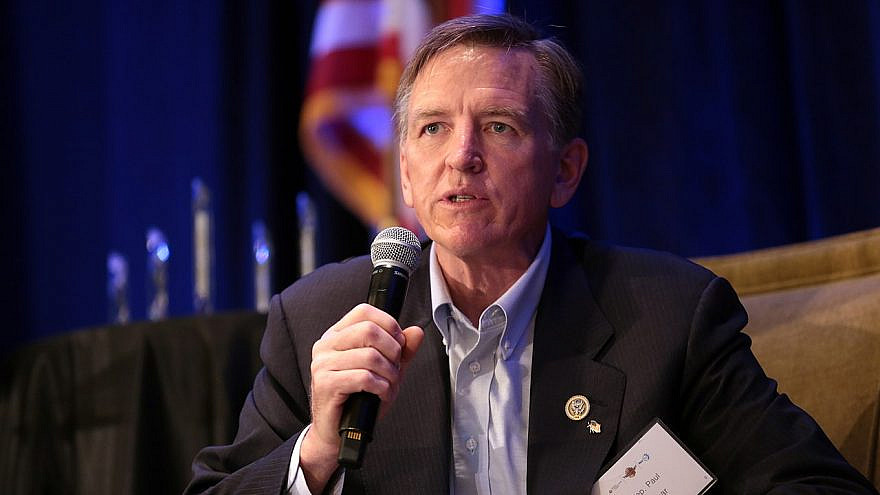 “This is how the normalization of hate occurs and grows,” StandWithUs CEO Roz Rothstein said in a statement on Tuesday. “The appearance of a sitting U.S. member of Congress at a white-supremacist conference legitimizes racism and anti-Semitism. It seems that some people are unable to learn the lessons of history.”

Fuentes, 22, has a history of making anti-Semitic remarks, including pushing anti-Israel conspiracy theories.

He has denied the Holocaust, accused Jews of killing Jesus, made racist statements about African-Americans, accused Jews of spreading COVID-19, and said, “You know what our problem is? The fertility rates. We need to be making more beautiful white Christian babies.”

“This is what Rep. Gosar normalizes when he speaks at an event organized by the likes of Nick Fuentes,” said Rothstein. “We urge the leadership of the Republican Party to distance itself from Rep. Gosar and to take the same action it took against former [Iowa] Congressman Steve King for his racist comments, which was to remove him from all his committee appointments.”

Gosar, who has previously made headlines for his far-right views, tried to distance himself from Fuentes after the Feb. 26 conference by saying the next day that he denounced “white racism” and attended AFPAC to appeal to young conservative voters, according to The Washington Post.

Six of Gosar’s siblings condemned his political views as “racist” and “anti-Semitic” during the 2018 midterm elections.