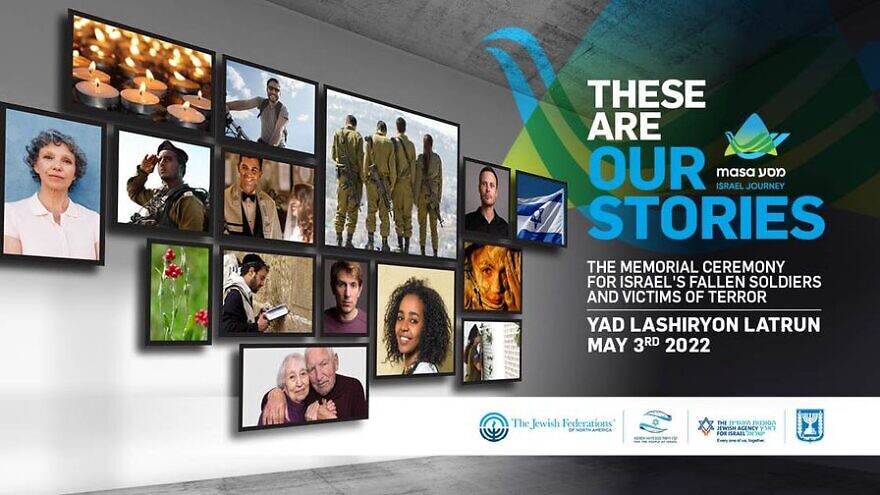 (April 28, 2022, Jerusalem, Israel, JNS Wire) On the eve of Yom HaZikaron, a day of remembrance for Israel’s fallen soldiers and victims of terror, Masa Israel Journey is hosting its 14th annual Yom HaZikaron Ceremony in Latrun, Israel. The event will commence on May 3 at 8 p.m. Israel Standard Time (1 p.m. ET/ 10 a.m. PST) and will be live-streamed on Masa’s Facebook and Instagram pages.

Masa’s ceremony is the largest English-speaking Yom HaZikaron ceremony broadcast from Israel to a global audience. Hosted annually in Latrun, the program returns to its in-person format this year and features speeches from prominent Israeli government officials, Jewish leaders, Masa alumni, and individuals with touching personal stories. Hundreds of thousands of viewers are expected to tune in including Masa Fellows and alumni, Jewish community leaders, and members of Jewish communities from the United States, Canada, Britain, Australia, New Zealand, Turkey, Morocco, South Africa, Brazil, Argentina, the Philippines, the former Soviet Union, and more.

The theme of this year’s ceremony is “These Are Our Stories” in recognition of Israel’s fallen soldiers and victims of terror in Israel and in Jewish communities outside of Israel who left behind a legacy of values, identity, and sacrifice. Throughout the ceremony, stories of the fallen will be shared alongside video documentaries and other multimedia presentations crafted specifically for the ceremony.

In addition to the ceremony, Masa is providing an opportunity for Fellows, alumni, and individuals from around the world to commemorate fallen soldiers and victims of terror through a virtual candle lighting. One may light a virtual Yitzkor candle alongside millions of other participants by visiting Masa’s website and submitting a short form.

Each year, over 12,000 Masa Fellows embark on immersive, long-term programs in Israel to advance their personal and professional journeys. Fellows often describe Masa’s Yom Hazikaron Ceremony as one of the most significant moments of their experience. This year, thousands of Fellows and alumni will gather in Latrun, in cities throughout Israel, and around the world to watch the ceremony and honor Israel’s fallen soldiers and victims of terror in Israel and Jewish communities.

Bereaved families from global Jewish communities are an integral part of the ceremony. This year’s ceremony will share the stories of:

The families and friends of the fallen will attend and participate in the ceremony, keeping the memories of their loved ones alive. Elijah Kay’s z”l brother Chanan Kay will light a torch in uniform to honor his brother and David Solomonov’s z”l father Mordechai Solomonov will say kaddish at the ceremony. Against the backdrop of international flags representing Jewish communities around the world, members of Masa’s global community and global Jewish leaders will lay memorial wreaths and light candles to honor all of Israel’s fallen soldiers and victims of terror.

“This year’s Yom HaZikaron Ceremony comes at a time of tragedy and resilience for Israel and the global Jewish community,” said Masa CEO Ofer Gutman. “During times like these, we take solace in being able to finally reunite with our community during this heartfelt memorial which will demonstrate the connectedness of the Jewish world through our shared stories. We are one people, and our strength comes from our unity.” 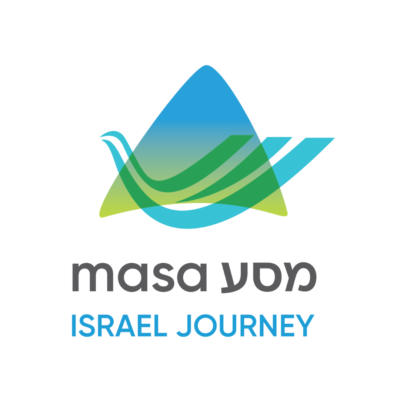 Masa Israel Journey
Masa Israel Journey is the largest immersive, long-term educational experience for young adults ages 16-35. On its programs that range from two months to a year, Masa offers an authentic, unmediated and challenging journey into Israeli society, culture, politics and history – and acts as the largest pipeline for the Jewish Diaspora to access the finest Israeli businesses, social enterprises and academic institutions. Since its 2004 founding by the Israeli Prime Minister’s Office and The Jewish Agency, Masa has served over 170,000 young people from more than 60 countries.
Publish your organization's press release on JNS Wire
Releases published on the JNS Wire are communicated and paid for by third parties. Jewish News Syndicate, and any of its distribution partners, take zero responsibility for the accuracy of any content published in any press release. All the statements, opinions, figures in text or multimedia including photos or videos included in each release are presented solely by the sponsoring organization, and in no way reflect the views or recommendation of Jewish News Syndicate or any of its partners. If you believe any of the content in a release published on JNS Wire is offensive or abusive, please report a release.
Never miss a thing
Get the best stories faster with JNS breaking news updates