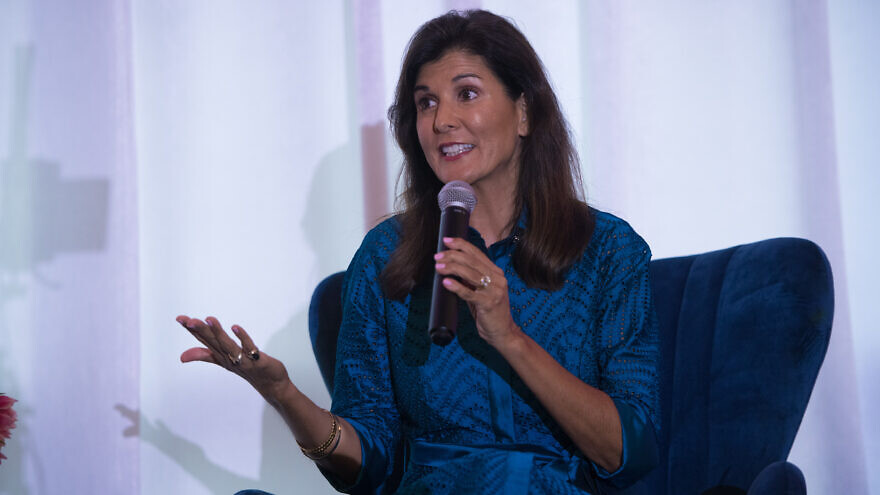 (October 6, 2022, Toronto, JNS Wire) Canadian Friends of Jerusalem College of Technology (CFJCT) has announced that renowned advocate for Israel on a global stage, Nikki Haley, will deliver the keynote address and receive an honorary degree at CFJCT’s 50th anniversary gala dinner on October 23 in Toronto.

The former South Carolina governor and U.S. ambassador to the United Nations, who is well-known for her outspoken defense of Israel at the world body where the Jewish state is subjected to chronic bias and double standards, is headlining an event that will build support for JCT’s new Tal Campus for Women. JCT broke ground on the campus in May 2022, marking a notable academic and socioeconomic milestone not just for the College but for the entire city of Jerusalem, as the $100 million project amplifies JCT’s decades-long role in bolstering the Israeli capital’s economic and cultural footprint.

Currently, the Tal Campus accommodates over 2,100 women studying at JCT. Slated for completion in 2025, the new women’s campus will be the permanent home of academic excellence for up to 3,000 female students in nursing, computer science, industrial engineering, accounting, and management. The campus is poised to provide increased opportunities for religious women to pursue higher education and attain quality employment in scientific and high-tech industries. It will enable the opening of an industrial engineering and management track as well as a new nursing program for Haredi women; a new pharmacy track; and the College’s new business administration program for women, which will be offered in English.

The Tal Campus also offers a sensitive environment for religious women, and helps many women break the cycle of poverty in their underserved communities through greater access to higher education, while connecting them with gainful employment and ambitious career paths upon graduation. The campus aligns with JCT’s broader mission to empower women, as women account for 53% of the institution’s computer science students, who in turn comprise 20% of female computer science students in all of Israel — bucking the stereotype surrounding women’s relative lack of interest in science and technology careers.

Haley is the latest high-profile advocate for Israel to address CFJCT’s annual gala in recent years, as Canada’s former Prime Minister Stephen Harper received an honorary degree at the event in 2018.

“We are privileged and humbled to host Ambassador Haley, one of Israel’s greatest friends in the international arena, at a time when JCT is simultaneously on the cusp of igniting a socioeconomic revolution in the Israeli capital,” said Simmy Zieleniec, CEO of CFJCT. “Indeed, the convergence of these two events is hardly a coincidence. Just as Ambassador Haley goes against the grain by standing up for the truth and defending Israel amid a deluge of international criticism, JCT defies the odds by generating progress for underserved populations in Jerusalem and across Israel, including through the construction of the trailblazing Tal Campus. Those who attend our 50th anniversary event will undoubtedly be inspired by this striking juxtaposition.”

CFJCT’s 50th anniversary gala will be held at The Embassy Grand and is sponsored by Rockfield Financial and The Terracap Group. To register for the event and to learn more, please visit www.cfjct.org.