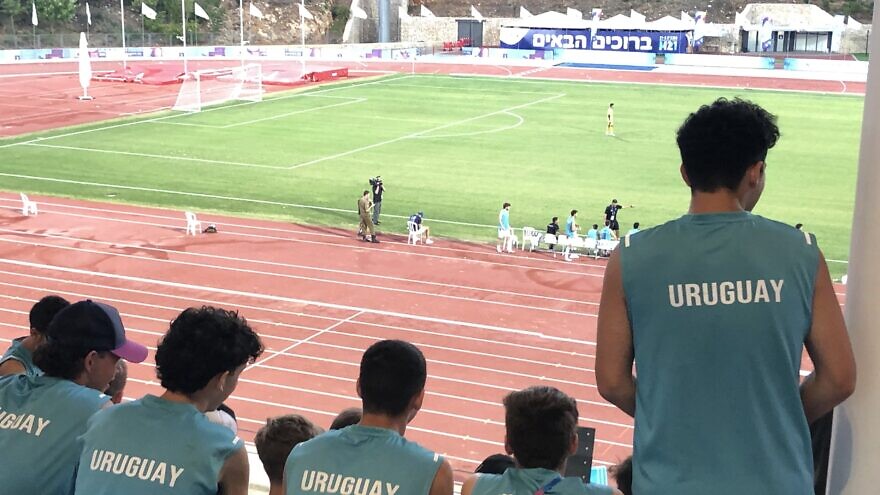 The Uruguay soccer team defeated the United States by 3-2 at the stadium on the Givat Ram campus of the Hebrew University of Jerusalem on July 24, 2022. Photo by Howard Blas.
Republish this article
768 WORDS
Spread the word.
Help JNS grow!
Share now:

(July 25, 2022 / JNS) ISRAEL—The road to the Maccabiah is long and challenging for athletes in individual and team sports. Those lucky enough to make it to Israel’s 21st Maccabiah Games had to persevere through tryouts and qualifications, and meet standards set by each sport. The games, which held its opening ceremony on July 14 at Teddy Stadium in Jerusalem, are slowly winding down this week with finals underway.

They offered an array of sports—familiar and less familiar—in cities throughout Israel, both well-known and off the beaten path. Athletes, family members and all the media that covered the events needed to be mindful of travel times and distances to assure they were in the right place for each event. Jerusalem served as host for many competitions, including football (soccer) basketball, athletics, tennis, hockey, futsal and weightlifting. Haifa hosted the Youth Maccabiah version of many of the same events.

As of Sunday, Israel led the medal wins by far with a total in the hundreds, with the United States in second place and Argentina in third. 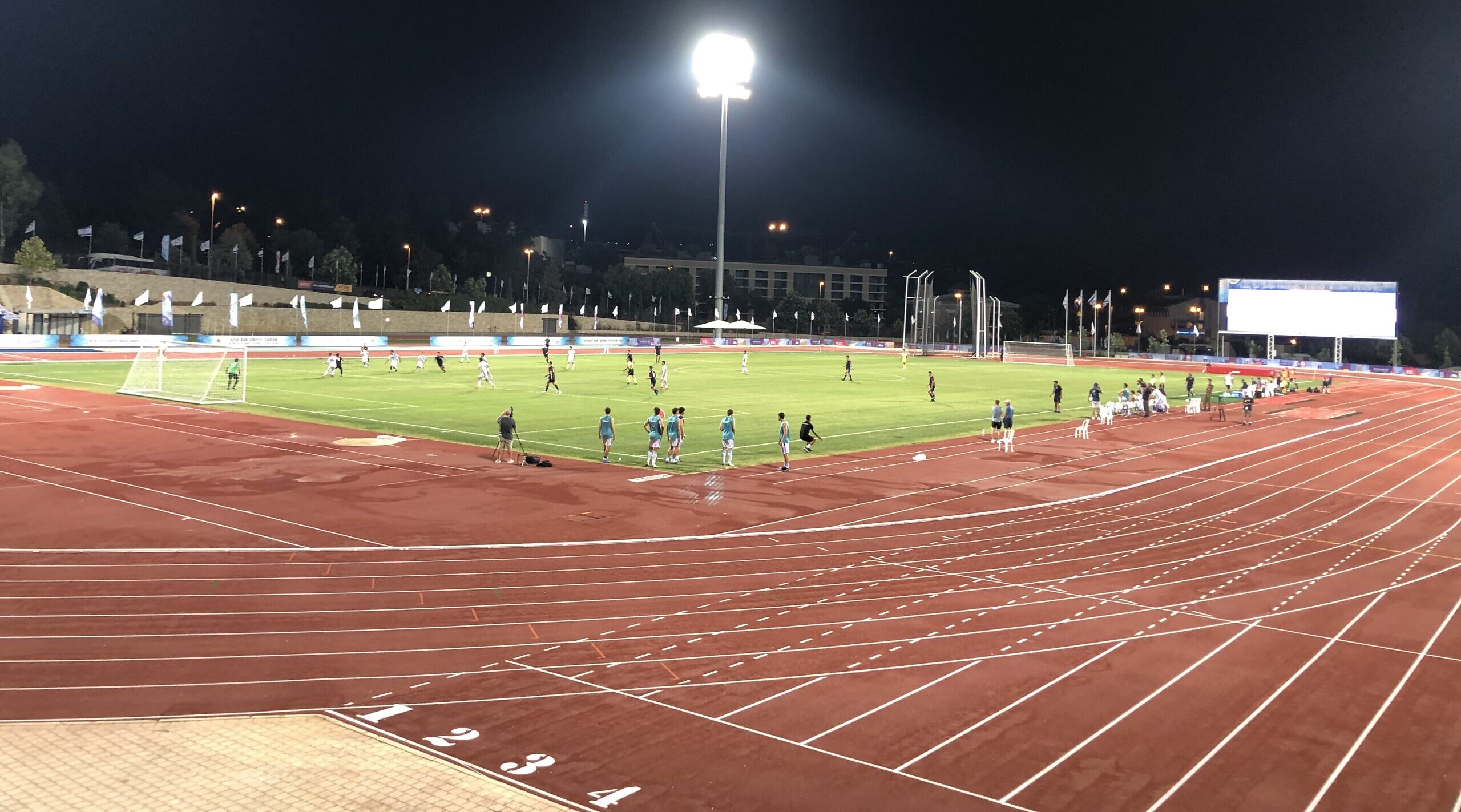 Uruguay playing the United States on the Givat Ram campus of the Hebrew University of Jerusalem on July 24, 2022. Photo by Howard Blas.

‘Inseparable part of the Israeli community’

Maccabiah chairman Arik Ze’evi is very aware of the scale of this year’s games. He says “the Maccabiah has grown over the years, and there is not a single Olympic village that can accommodate it all. Therefore, this year, the entire State of Israel is going to be our Olympic village, with competitions and events all over the country.”

Some sports even made their debut this year. In addition to surf life-saving, they include wave surfing, climbing, 3X3 basketball, motocross and paddle. In addition, after 33 years, the weightlifting contest has returned.

There is another note to the games, and that is in the realm of teaching and culture, assisted by an entire Maccabiah education department. 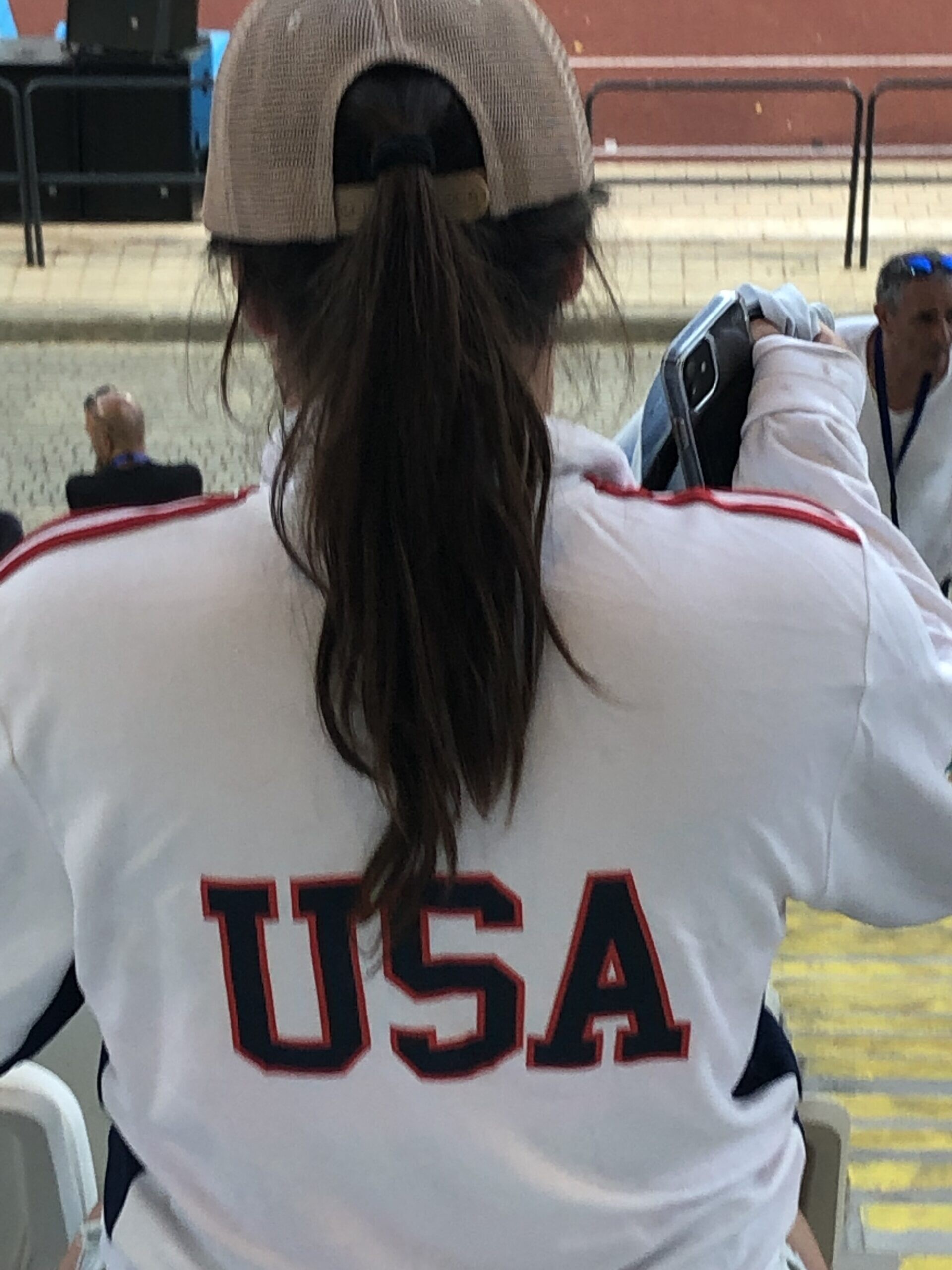 A U.S. athlete watches the game with Uruguay on the Givat Ram campus of the Hebrew University of Jerusalem on July 24, 2022. Photo by Howard Blas.

Maccabiah educator Jennifer Brodsky notes that many non-sports opportunities are woven into the games, including tourism, information on Israel in general and resources for Jewish players. “There is an opportunity to think about Jewish identity and to add context,” she says, “that can be as impactful” as the competitions themselves.

The final few days of the Maccabiah proved especially exciting with the July 21 artistic gymnastics and wheelchair basketball finals, as well as the motocross competition. July 22 featured the ice-hockey final and July 23 the women’s soccer final.

Usually, the Givat Ram campus of the Hebrew University of Jerusalem is quiet this time of the year, but it was very much alive on Sunday night. The stands were packed with soccer fans wearing blue and white “Uruguay” jerseys as they enthusiastically cheered on their beloved team. Uruguay went up 3-0 and held on to defeat the United States 3-2.

Jacky Wyluzanski, a Jerusalem native of 20 years who made aliyah from Uruguay, was coordinating a last-minute Mincha minyan at halftime as the Tararam Israeli music and dance group performed on the field. While clearly pleased that his team was ahead at halftime, he noted: “Achdut (‘unity’) is what the Maccabiah is about; it doesn’t matter if you root for Uruguay or the U.S.!”

The 2022 Maccabiah Games were originally planned for 2021. Since they are scheduled to take place every four years, they will get back on track with the 22nd Maccabiah in 2025. 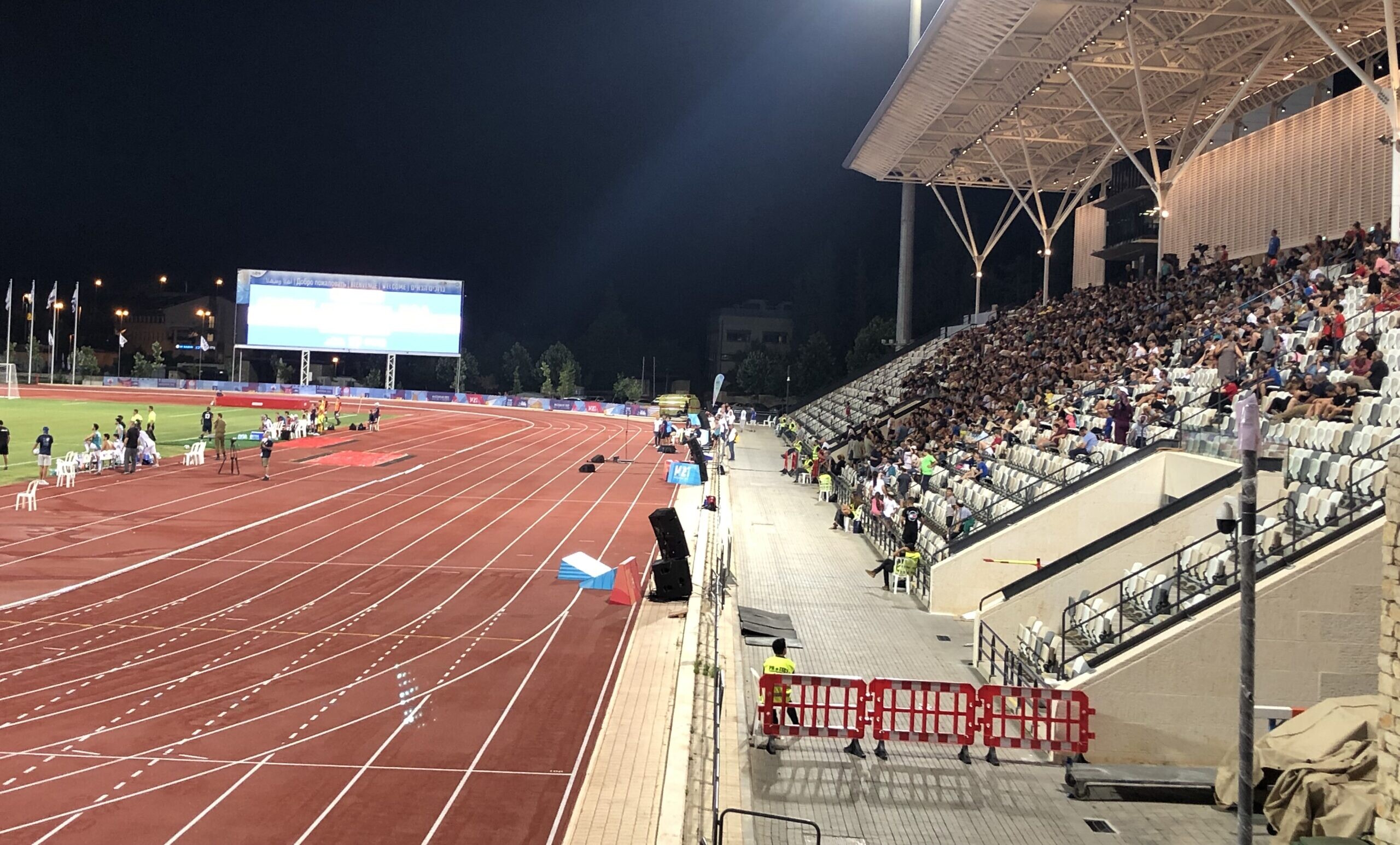 The audience watches Uruguay vs. the United States on the Givat Ram campus of the Hebrew University of Jerusalem on July 24, 2022. Photo by Howard Blas.
Republish this article in your newspaper or website