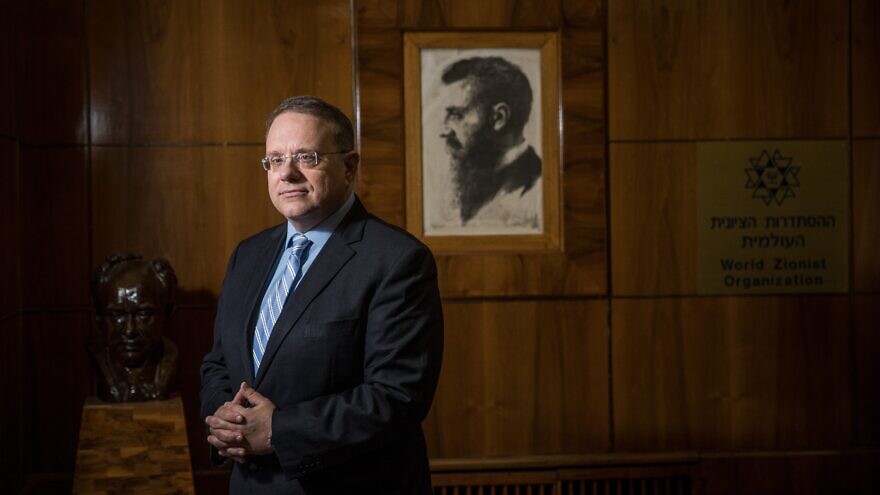 (May 4, 2022 / JNS) The chairman of the World Zionist Organization has sent Israel’s prime minister a letter requesting official Yom Hazikaron, Israeli Memorial Day, recognition for the victims of anti-Semitic attacks outside the Jewish state, according to a statement from the WZO.

Israel’s Memorial Day for Fallen Soldiers and Victims of Terrorism began on Tuesday and will end on Wednesday evening.

“The State of Israel has not yet learned to recognize Jews abroad who were killed in terrorist attacks against them,” read the letter from Yaakov Hagoel, which pointed out that according to Jewish Agency for Israel figures, some 200 Jews have been killed in anti-Semitic attacks around the world since 1948.

“On this day the current sequence of life stops, and Israel remembers its best sons and daughters who were murdered only because they were members of the Jewish people. But precisely on this day, which symbolizes more than anything the unity of the Jewish people—the place of an integral part of our nation seems to be forgotten,” Hagoel wrote, saying that Jews overseas have been the targets of anti-Semitic attacks around the world and that Israel has an obligation to them.

The letter from Hagoel, who is also the acting chairman of the Jewish Agency, also said, “Since the beginning of the year, there has been a sharp increase of about 30 percent in anti-Semitic incidents in the Diaspora.”

A report released last week by the WZO’s Department of Combating Anti-Semitism and Enhancing Resilience indicated a sharp increase in the number of anti-Semitic incidents since the beginning of 2022, compared to the same period last year.

The report also noted an increase in events and statements related to the delegitimization of the State of Israel.

“During this period, there was also an increase in incidents of physical violence, with 47 incidents of violence against Jews being counted since the beginning of the year, compared with 31 in the corresponding period in 2021,” said the report.