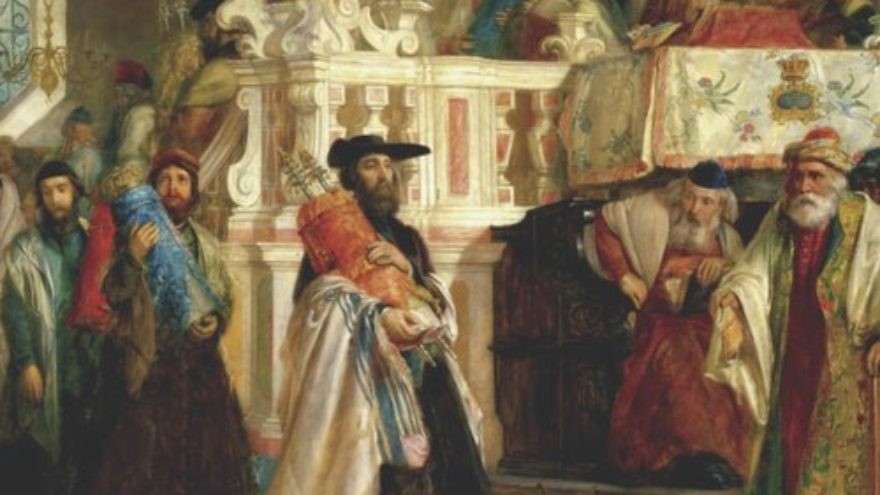 Jeremiah Unterman begins “Justice for All: How the Jewish Bible Revolutionized Ethics” by highlighting two revolutions in the understanding of the Bible that have taken place in the last two centuries.

First, more than a million inscriptions, artifacts and manuscripts were discovered on papyri, on parchments and on stelae; in tombs, in palaces, in libraries and in caves. These documents that were found in Egypt, in Mesopotamia and elsewhere made us aware, for the first time, of the beliefs and practices of the civilizations that existed before and around the Israelites. The first assumption of the scholars who studied these texts, therefore, was that the cultures that these documents revealed must have been the sources of the religious worldview and the culture found in the Bible.

For example, if the Babylonian calendar had a day called Shabbatum, on which it was considered unlucky to work, this must be the origin of the biblical Sabbath and of its prohibition against work. If the Babylonians had a flood story that was older than the Bible, then it must be the source of the biblical story. If the Egyptians had a pharaoh who commanded the worship of only the sun god, this must be the origin of biblical monotheism. As such, the Bible was looked upon as the product of a small, unimportant semi-pagan society that drew upon or copied the culture of its neighbors, or that inherited the worldview of its predecessors.

But now, we have arrived at a second stage in biblical studies, one in which we compare and contrast the Bible with the world around it and before it, and do not simply assume that the older was necessarily the better.

It is true that there was a Shabbatum before there was a Sabbath, but the biblical Sabbath was not an unlucky day on which to work. It was a day on which to sanctify life by resting. It is true that the Babylonians had a temple and a sacrificial system before the Israelites did, but in the Babylonian story, the gods were so lazy that they created human beings to prepare food for them and send it up to heaven so that they would not need to farm themselves. In the biblical story, God needs no food, and the sacrifices are intended to be a pledge of loyalty and a symbol of gratitude that the human being offers. As Unterman shows in this book, those who study the Bible today do so in the light of the pagan world around it and before it, but they have a new appreciation not only for its parallels, but also for its uniqueness.

One more example worth considering. The Code of Hammurabi is often cited as the legal code that predates the Bible, and there are undeniably parallels between the two legal systems. But there is a key difference. In the Code of Hammurabi, if you take a human life, the court can sentence you to pay for it with a fine. If you steal property from a person, the court has the power to sentence you to pay for it with your life. In the biblical code, the punishments are the very opposite—all the money in the world cannot pay for taking a human life. Only a human life is an appropriate payment for taking a human life. But if you take property, then you can pay for your theft with restitution, plus a fine. In the biblical worldview, every life is of infinite value; life and property are utterly different things, for only human beings are made in the image of God.

These are some of the differences between the Bible, the world around it and the world before it. What Unterman has done in this book is take the findings of the best of contemporary biblical scholars and explain them in language that the ordinary reader can understand. Most scholars write for each other, and so they write in highly specialized and technical language, and those who do not know the cognate languages that they cite have great difficulty in understanding what they say. Unterman’s book is intended to translate the findings of Yechezkel Kaufmann, Moshe David Cassuto, Jacob Milgrom, Yair Zaikovitch, Moshe Weinfeld, Moshe Greenberg, Shalom Paul and the other brilliant modern scholars of the Bible into clear and simple language that the non-scholar can understand and appreciate. The author does this very well.

What emerges from this book is an appreciation of the uniqueness of the Bible in the ancient world, and its relevance for our world as well. Its central thesis is the centrality of ethics—not magic or superstition—in the biblical worldview, and the reality of God as the source of ethics both then and now.

Virtually everyone owns a Bible, and everyone has one waiting for them in their room when they check into a hotel. But the Bible is a closed book for most of us. Unterman’s book will enable us to open the Bible and will help us understand what it tells us in our time, as well as in the days when it came into being.