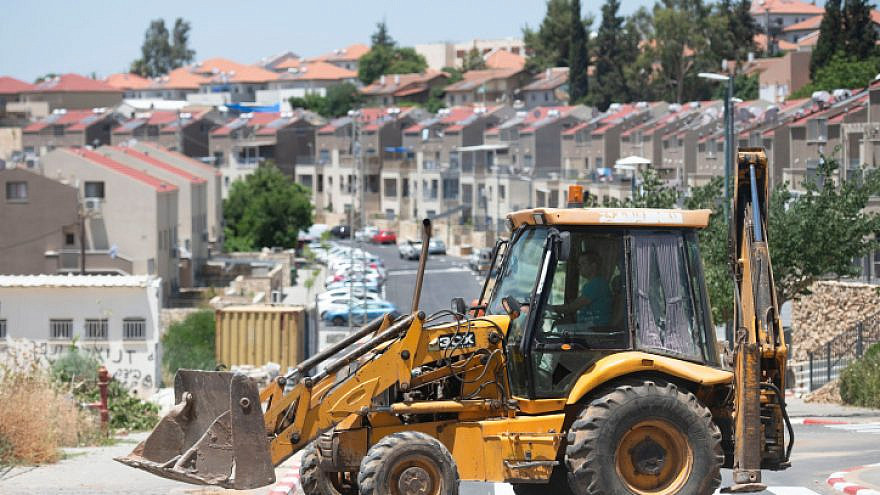 A view of the town of Karnei Shomron in Judea and Samaria on June 10, 2020. Photo by Sraya Diamant/Flash90.
Spread the word.
Help JNS grow!
Share now:

(August 19, 2021 / JNS) The approval of 2,223 new housing units slated for Jewish residents in Judea and Samaria has been postponed to an unknown date after the council responsible for approving them failed to meet on Wednesday, Kan news reported.

The Civil Administration’s Supreme Planning Council will also not meet on Thursday, according to Kan.

The news follows a report on Wednesday that building permits for some 800 Palestinian housing units in “Area C” also were not issued as planned. The reason reportedly revolves around a protest by workers over employment conditions.

Israeli Defense Minister Benny Gantz also will review the decision to grant housing permits to Palestinians in “Area C” after a request by right-wing members of the Israeli coalition government. “Area C,” which comprises about 60 percent of Judea and Samaria, falls fully under Israeli control.

Last Thursday, Kan reported that Israeli Prime Minister Naftali Bennett removed about one-third (or 1,000) of the number of Jewish housing units from the list of more than 2,200 to avoid creating tensions with the Biden administration, which has warned Israel against taking steps that would jeopardize a two-state solution.