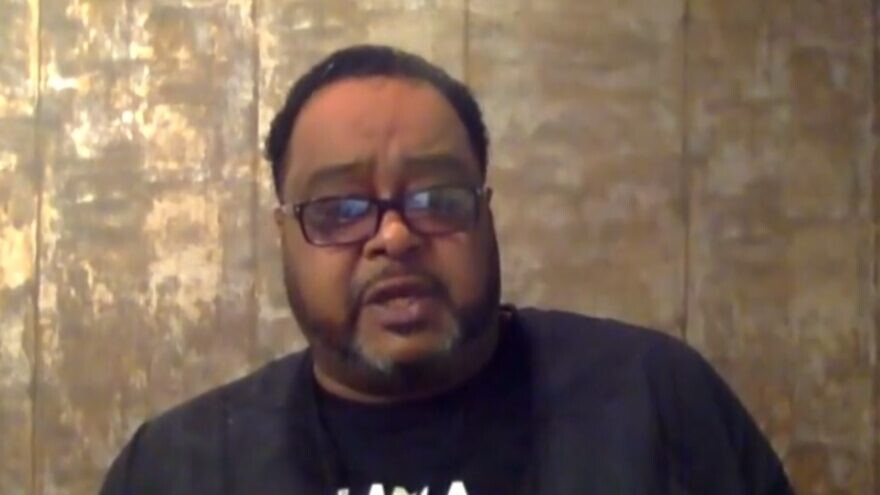 (September 4, 2020 / JNS) Amid the ongoing debate in the United States over race, social-media posts by Jacob Blake Sr., father of 29-year-old Jacob Blake, who was shot seven times by Wisconsin police on Aug. 23, appears to show him to have a history of racist and anti-Semitic views.

The comments emerged as former vice president and Democratic presidential nominee Joe Biden visited on Thursday with Blake Sr. and his family in Kenosha, Wis., after the attempted arrest and shooting that touched off a week of protests and rioting. The Biden campaign said that the meeting was intended “to bring together Americans to heal and address the challenges we face.”

In 2018 and 2019, Blake Sr. posted a number of anti-Semitic and anti-white posts on Facebook, with comments referring to the “Jewish-controlled media;” that the Jewish victims before the October 2018 Tree of Life*Or L’Simcha Synagogue shooting in Pittsburgh were warned ahead of time; referring to white people and Jews as “crackers” and “pink toes”; and describing certain women as “hoes.”

He also expressed support for anti-Semite Louis Farrakhan, leader of the Nation of Islam.

The posts by Blake Sr., while not a public figure prior to the incident involving his son, invoke a larger discussion between the Jewish and black communities. In recent months, several notable black figures, including rapper and actor Ice Cube, rapper and TV-show host Nick Cannon and professional football player DeSean Jackson had expressed anti-Semitic views or support for Farrakhan.

Dov Hinkind, founder of Americans Against Antisemitism, said in an appearance on Fox News that Biden’s meeting with Blake Sr. is a “double standard.”

“It is just beyond comprehension. Someone who follows Farrakhan, the No. 1 anti-Semite in this country, someone who preaches hate for the Jewish people … and Blake is a follower of Louis Farrakhan spreading his hate on social media to millions of people.”