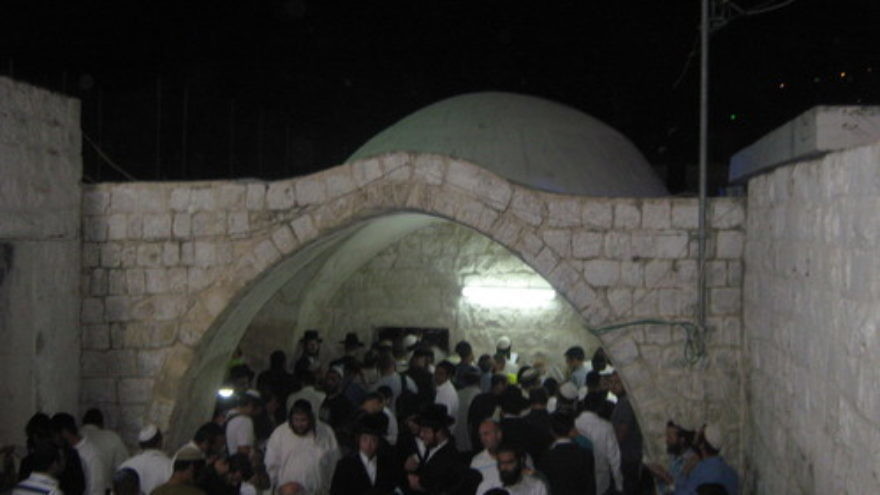 You won’t read about it in the New York Times or the Washington Post. But this week’s arrest of four Palestinian terrorists who were plotting to attack a Jewish holy site tells you everything you need to know about the Israeli-Palestinian conflict today.

The reason you won’t hear about it in the American news media is because the terrorists were caught before they struck. Apparently intentions don’t count. No casualties, no news coverage—and even when there are casualties, there isn’t always news coverage. Did your daily newspaper report about the 2-year-old Israeli child who was recently hit by Arab rocks?

The four arrested terrorists—who planned to attack Jews at Joseph’s Tomb—are residents of Tulkarm, Nablus (Shechem in Hebrew), and Qabatiya. Those three cities are all governed by the Palestinian Authority (PA). Yet it was the Israeli security forces, not the PA police, who captured them. That’s because the PA doesn’t arrest terrorists; it shelters them.

Of course, the 1993 Oslo Accords require the PA to apprehend and imprison terrorists. Of course, the PA is obligated to disarm and outlaw terrorist groups. Of course, the accords state that the PA must extradite terrorists to Israel. But the PA does none of those things, and the international community is silent.

The entire “peace process” is based on the notion that if Israel surrenders land to the PA, the PA can be trusted to prevent terrorism from that area. The entire argument in favor of a Palestinian state is that such a state would be peaceful and that its rulers would combat terrorism. Twenty years of PA self-rule has proven otherwise.

The plan of the four arrested terrorists was to set off explosives at Joseph’s Tomb and machine-gun the Jewish worshippers there. Anybody who thinks that Palestinian terrorism is directed merely at “the occupation,” and not at Jews, think again. Joseph’s Tomb is not in some Jewish settlement in “occupied territory.” It is one small building in a huge Palestinian Arab city. It is an isolated Jewish religious site to which Jewish worshippers come to study and pray; no “settlers” reside there.

In other words, the purpose of an attack on Joseph’s Tomb is to murder Jews at prayer and destroy a Jewish holy site. Nobody can pretend that such an attack would be related to settlements or refugees or borders or any other political and diplomatic controversies. Thus, the choice of the target reveals volumes about the Palestinians’ true sentiment.

Were the terrorists outcasts, rogues, or isolated extremists? Hardly. One, Muhamad Damiri, is a Palestinian policeman. Another, Nisim Damiri, is a veteran member of the Tanzim. That’s the armed wing of Fatah, which is chaired by PA President Mahmoud Abbas. Yes, the “moderate” Fatah, which the Obama administration refuses to label as a terrorist group.

One additional fascinating revelation from this week’s arrests. In addition to the Palestinian policeman and the Tanzim member, the Israelis captured two other terrorists: Yasir Zaruri, a member of Hamas, and Aduen Nazel, a member of Islamic Jihad. We hear a lot about how the “moderate” PA and Fatah supposedly are at odds with the “extremist” Hamas and Islamic Jihad. Yet these four “enemies” were working together towards the common goal of murdering Jews.

Zaruri, of Hamas, taught Damiri, of the Tanzim, how to make explosive devices. Nazel, of Islamic Jihad, was assigned to acquire the weapons for the attack. The other Damiri, the PA policeman, was in charge of determining which days and times the most Jews would be in the tomb. Terrorists from four different Palestinian bodies, supposedly rivals and enemies, were united in their goal of shedding Jewish blood.

One successful raid by the Israelis. Four terrorists behind bars. And many important lessons for the rest of us. Is anyone paying attention?