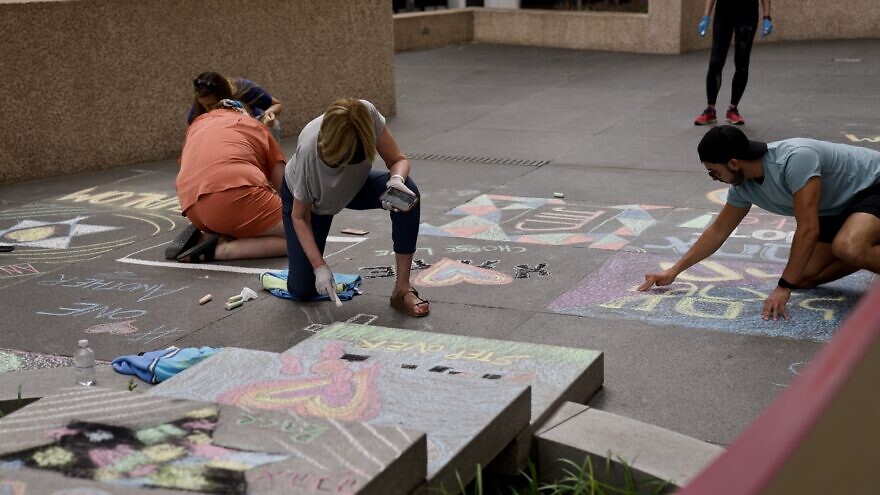 (June 8, 2022 / JNS) Nearly 2,000 people gathered throughout the United States on June 3 to fight anti-Semitism and hate speech with a public art display.

“Chalk Over Hate,” sponsored by Artists 4 Israel, was part of a National Day of Action against hate and anti-Semitism, inspired by the Jewish holiday of Shavuot.

Hate begins with intolerant speech, and in the case of Israel, can evolve into calls for BDS, terrorism and war, noted said Passages associate director of media production Cade Chudy.

“This was a refreshingly simple and creative way to try and undo what is causing so much hurt,” said Chudy. “It was powerful using art as a form of a statement piece in a challenging reality.”

Among the 34 organizations and 20 partners taking part in the event was one Christian group—the nonprofit Passages, which organizes trips to Israel for Christian college and graduate students in the United States, and encourages advocacy for Jewish communities when they return.

In Israel, they connect with their biblical roots and the modern Jewish state. Since 2016, thousands of students have participated in the subsidized trip, which has been called a “Christian version” of “Birthright Israel.”

The event was open to anyone who wanted to express their outcry over the uptick in anti-Semitism around the globe. Artists 4 Israel asked participants to share their work on social media using the hashtag #chalkoverhate. 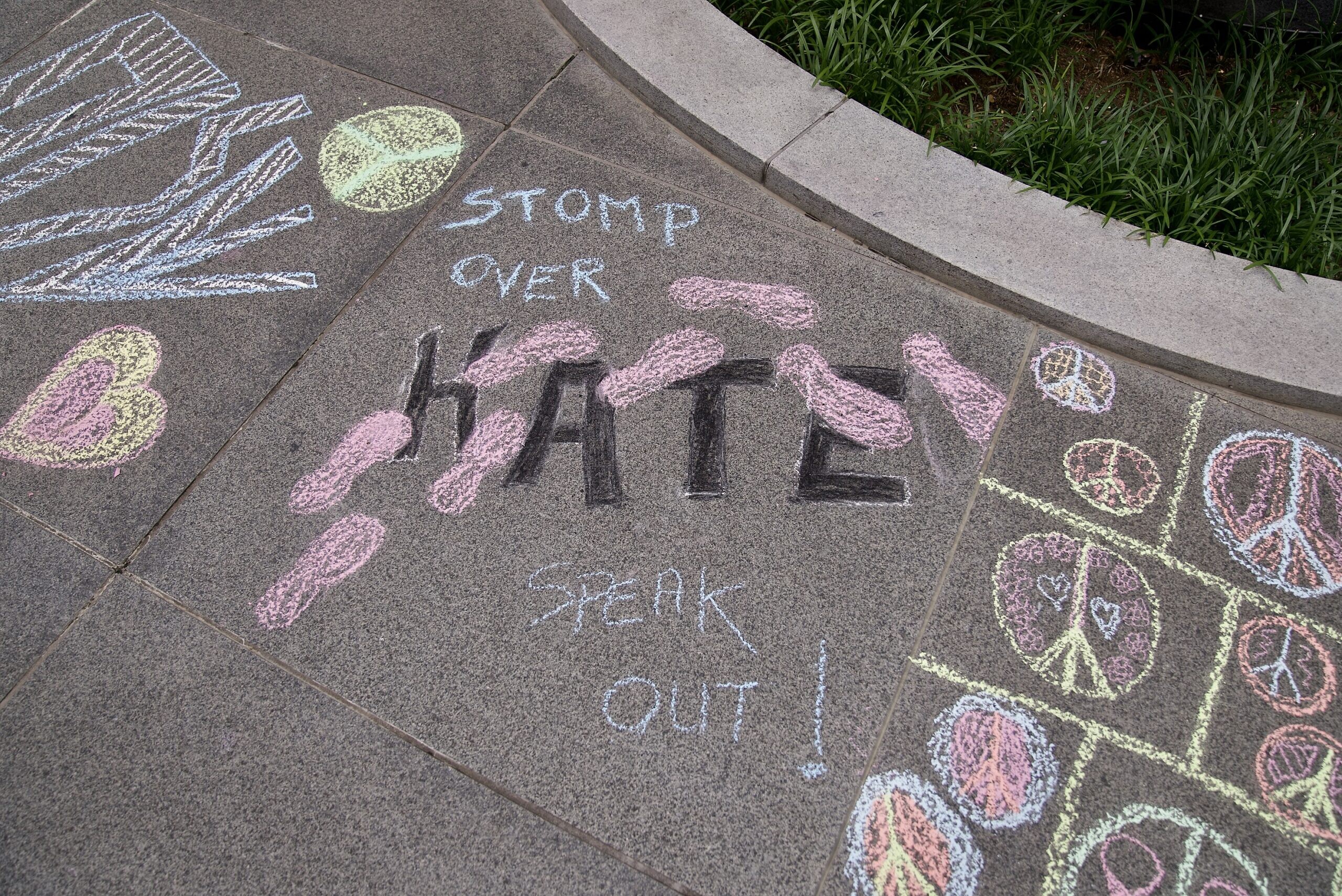 “Chalk Over Hate,” sponsored by Artists 4 Israel, was part of a National Day of Action against hate and anti-Semitism, June 3, 2022. Credit: Passages/Cade Chudy.
Republish this article in your newspaper or website