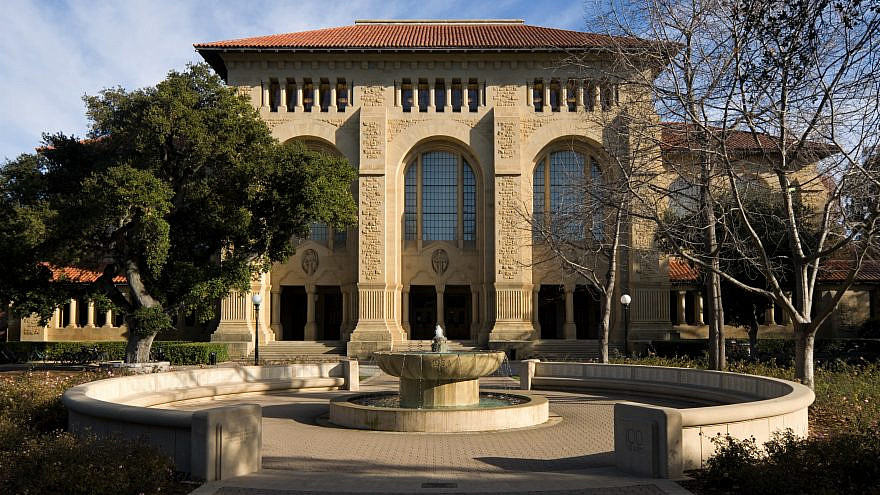 (June 17, 2021 / JNS) A lawsuit has been filed against Stanford University on behalf of two Jewish employees who say they have experienced “severe and persistent” anti-Jewish harassment.

According to a news release on Tuesday, the lawsuit was filed by attorneys from the Louis D. Brandeis Center for Human Rights Under Law on behalf of Dr. Ronald Albucher, staff psychiatrist and clinical associate professor in the department of psychiatry at the Stanford University Medical School, and Sheila Levin, clinical care manager and eating disorder specialist at the university’s Counseling and Psychological Services (CAPS).

Their complaint alleges that CAPS has fostered a hostile environment for Jews through its Diversity, Equity and Inclusion (DEI) program, violating Title VII of the Civil Rights Act of 1964 and California’s Fair Employment and Housing Act.

“As counselors, we strongly support diversity, equity and inclusion, and are mortified that Stanford University has permitted the DEI program to be perverted so that it accomplishes precisely the opposite of its intended aims,” Albucher, who served as director of CAPS from 2008 to 2017, and Levin said in a news release. “The very program that is supposed to facilitate the full inclusion of all members of the Stanford community is now undermining that goal, perpetrating the very invidious discrimination that it is meant to eliminate.”

For example, a virtual town hall held in May 2020 for the Stanford community was disrupted by unknown participants displaying images of swastikas, weapons and using the “N”-word. In addressing the incident at a meeting, the DEI committee mentioned only the racist and anti-black content, omitting the anti-Semitic imagery.

“This offensive behavior presents staff with the canard that they must choose between opposing anti-Semitism or fighting anti-black racism,” the release stated.

The complaint also noted an incident in January, when presentations to pre-doctoral students about internships at CAPS programs included an exploration of how Jews are connected to white supremacy with another presenter recommending a book that portrays Israel as a racist endeavor.

Levin was also accused by a DEI committee member of being racist because she was Jewish. Both Levin and Albucher had been victims of offensive and derogatory remarks using classic anti-Semitic tropes, ethnic and racial stereotypes, and insults against Jews.