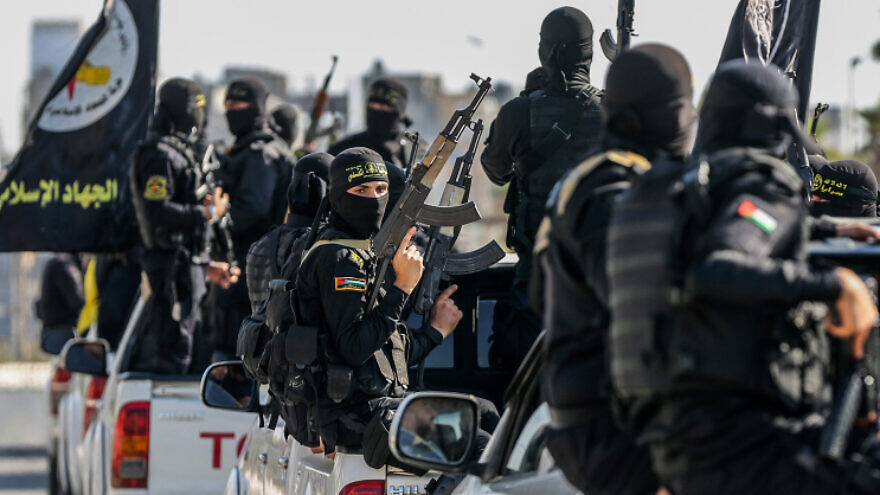 (August 3, 2022 / Israel Hayom) Following the arrest of Bassam al-Sa’adi, the head of the Palestinian Islamic Jihad’s operations in Judea and Samaria, in Jenin on Monday, Egyptian mediators on Tuesday worked to prevent a security escalation in Gaza and Judea and Samaria.

A Palestinian official told Israel Hayom that mediators were focusing their efforts on PIJ’s leadership in Lebanon. Hamas, which rules the Gaza Strip, has not yet signaled willingness to embark on a military confrontation with Israel, but also cannot completely prohibit PIJ from responding to al-Sa’adi’s capture. Israeli security officials on Tuesday said they had already detected indications that Hamas was dissatisfied with PIJ’s intention to respond to al-Sa’adi’s arrest.

Israel conveyed exceedingly harsh messages to the Egyptian mediators about the consequences of a PIJ response, and defense officials said they believed those messages were sufficiently internalized by Hamas.

Against this backdrop, Israeli Defense Minister Benny Gantz visited the Israel Defense Forces’ Judea and Samaria Division on Tuesday together with with IDF Chief of Staff Lt. Gen. Aviv Kochavi.

“The policy is clear: Whoever wants to live and work in good neighborliness, will receive an outstretched hand. On the other hand, we will target anyone and any terrorist who seeks to harm the citizens of Israel,” said Gantz.

“Any threat against the citizens of Israel will be met with a powerful response, and we are prepared for any scenario. We are also progressing with the construction of the seam zone barrier to protect the civilian home front, and we are expanding economic networks with the Palestinians in the shared interest of prosperity and stability,” he added.

“Both PIJ and Hamas could view the events in Jenin as an opportunity to consider a limited escalation, despite the cost,” a source in Gaza told Israel Hayom. However, the source added, “Hamas does not want a large escalation, even though no one knows how things will unfold. PIJ has a larger motive for trying to exact revenge.”

As for Israel’s decision to close the Erez border crossing to Palestinian workers, Gaza officials noted that some 80% of them had already entered Israel on Sunday and had remained there, preferring to find overnight lodging instead of returning to their homes in Gaza every day.

“It’s true that Hamas could lose some of the economic relief [should it escalate], but the [other] armed groups in Gaza have different calculations. It’s important to them to maintain the image of resistance organizations, and aside from that, the manner in which al-Sa’adi was arrested and the images that were broadcast hurt the prestige of PIJ, which views it as a humiliation,” the source said.

Concerned about possible retaliation, the IDF has cordoned off all major roads and areas adjacent to the Israel-Gaza border, including highways 4 and 232, and Route 34. The Erez Crossing, as stated, was also shuttered, as was Zikim Beach.

In line with the military’s measures, Israel Railways announced it was halting train services between the southern towns of Ashkelon and Netivot, as well as Sderot.