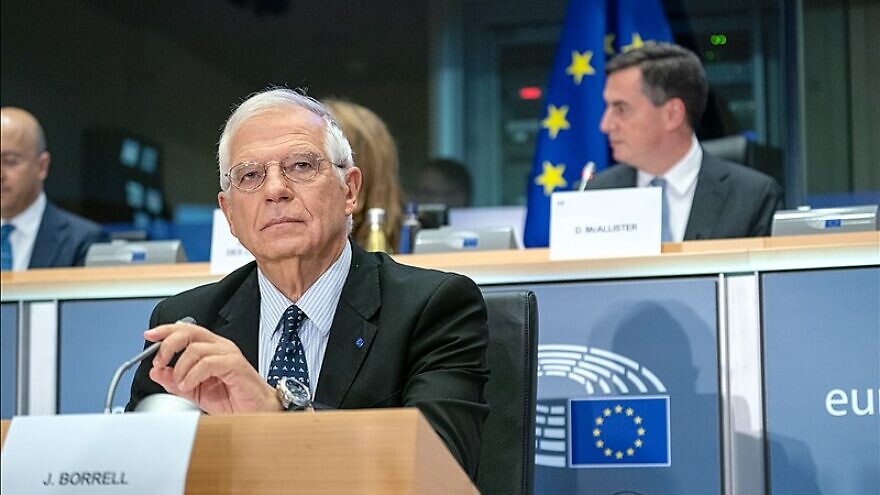 Netherland MEPs Bert-Jan Ruissen and Michiel Hoogeveen made their remarks in the European Parliament plenum in Strasbourg following numerous statements regarding Israel’s “occupation” from the European External Action Service led by E.U. High Representative for Foreign Affairs and Security Policy Josep Borrell. Both MEPs belong to the European Conservatives and Reformists Group,

Ruissen, vice-chairman of E.U.-Israel Relations in the European Parliament, introduced the subject, saying that Borrell’s characterizations of Israeli settlement activity were “incorrect and careless.”

“He constantly talks about occupation. According to international law, this is a term that should only be used if the occupied territory belongs to another recognized state,” said Ruissen. “But who did the West Bank belong to before 1967? Not to Jordan, not to the Ottoman Empire, not to Britain. It is peculiar that in the case of Northern Cyprus, where its legal status is crystal clear, the High Representative does not speak of illegal settlement activity,” he added.

Hoogeveen said the European Union focuses on Israel to the exclusion of all other territories in the world that are considered occupied.

“Why hasn’t the E.U. ever called any other people’s residential activities in other occupied territories an international crime? We are aware that there are many territories the E.U. deems occupied around the world, even in Europe. Yet people move in and out of them all the time. However, the E.U. only talks about illegal settlers in relation to Israeli Jews,” he said.

Hoogeveen concluded by calling on the European Commission to “either use international law consistently or refrain from using legal language entirely.”

Reacting to the speeches by the two MEPs, Eugene Kontorovich, head of the Kohelet Policy Forum’s international law department, said, “It is not just Israelis who are appalled by the E.U.’s creation of supposedly ‘international’ law rules that only apply to one country.”

E.U. parliamentarians, he said, “are beginning to understand that the term ‘illegal settlements’ has no general applicability; it is merely a diplomatic euphemism for ‘Jews living where we don’t want them to.’”

The Kohelet Policy Forum’s Brussels-based adviser on E.U. issues, Jenny Aharon, noted: “It is the first time MEPs have confronted the European External Action Service about this issue. International law should be applied consistently and uniformly, including when it concerns Israel. The MEPs concerned understand the implications of such misuse of the law and I’m thankful they have stood up to expose it.”