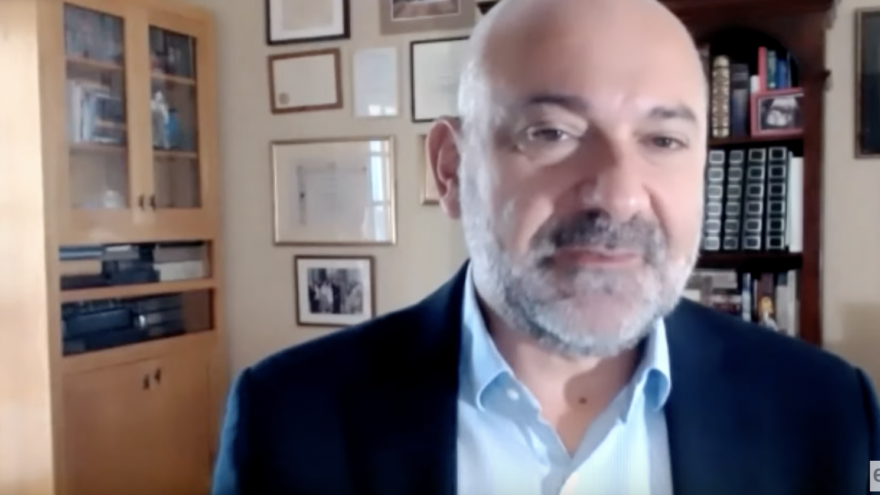 (August 11, 2022 / JNS) Iran has been targeting local Muslims, potential converts and leftist students as part of its influence operations in Latin America, said an expert during an Aug. 4 webinar.

According to Ottolenghi, Iran has used these networks to its advantage in achieving its strategic interests, including evading sanctions and undermining U.S. influence in the region.

He said its influence operations extend beyond outreach to Shia Muslims and potential converts in Latin America to “disenfranchised” groups such as indigenous movements, the “extreme left” and friendly regimes in countries like Venezuela, Cuba and Bolivia.

At the center of such operations is the 15-year-old Al-Mustafa International University in Qom province, Iran, which serves as the “principal center for ideological indoctrination of foreign pupils, including converts,” he said.

Al-Mustafa, he said, functions with the mission of recruiting agents for Iran and spreading Iran’s “revolutionary doctrine” under the direct supervision of the Office of Iran’s Supreme Leader Ayatollah Ali Khamenei through the Ahlul Bayt World Assembly.

In December 2020, the U.S. Treasury said that the university, with branches worldwide, is a “recruitment platform” for the Islamic Revolutionary Guard Corps Quds Force for “intelligence collection and operations, including recruitment for the IRGC-QF-led foreign militias fighting on behalf of Bashar Assad’s regime in Syria.”

The university has its own Latin America department headed by Hojatoleslam Mohsen Rabbani, a former cultural attaché with the Iranian embassy in Argentina who was accused of being a mastermind behind the 1994 bombings of the AMIA Jewish Community Center in Buenos Aires, said Ottolenghi.

According to Ottolenghi, students and alums from the Al-Mustafa go on to establish local media centers, publishing houses, local cultural and Shia Muslim centers, and proselytize in Latin America to raise more supporters for the Iranian regime.

Over time, said Ottolenghi, these institutions become financially self-sufficient and grow, producing local leaders who then go on to become advisers to government officials.

“There is a design here to start from the recruitment, goes on with the training, the conversion, the indoctrination, the selection of most talented ones, and then channeling them for specific tasks that include influence operations” and the promotion of state terrorism, said Ottolenghi.

Ottolenghi added that Iran targets another area in building its influence operations network—academia, through scholarships, exchange programs and conferences. “You can only convert so many people, but you can mobilize leftist students who don’t necessarily agree with Shia Islam but radical political causes Iran agrees with,” he said.

Through the academic exchange programs and tours, Iran builds connections with ideologically aligned people, said Ottolenghi, “who share the same worldview of Iran in opposition and hatred towards America.”