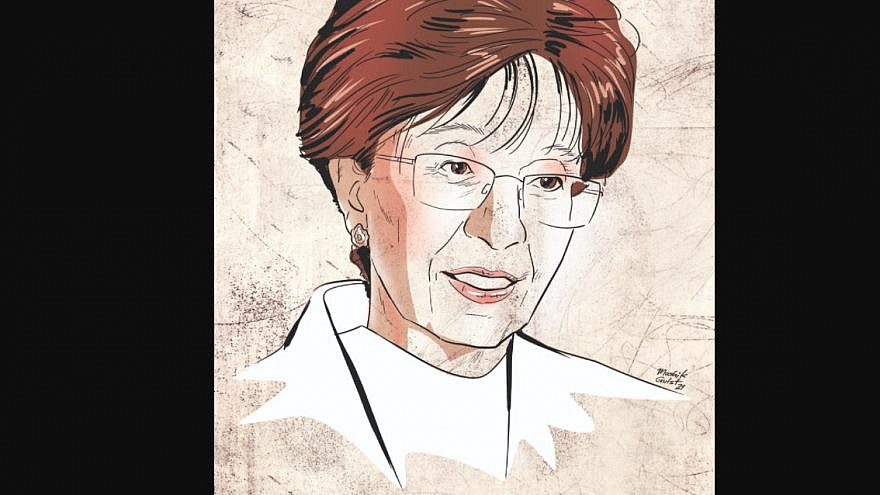 A poster for an upcoming rally in support of justice for Sarah Halimi, a 65-year-old Jewish woman who was murdered in France in 2017. Credit: Combat Antisemitism Movement.
Spread the word.
Help JNS grow!
Share now:

(April 22, 2021 / JNS) The Jewish community in France is planning a mass rally in Paris on Sunday afternoon to demand justice for Sarah Halimi, a 65-year-old French Jew who was murdered in her home by a Muslim neighbor in 2017.

France’s high court ruled last week that Halimi’s killer, Konili Traoré, who shouted Allahu Akbar (“God is great”) and threw her from her apartment window, could not be prosecuted because he had taken marijuana before the assault and was therefore not in control of his actions. The ruling was met with derision from many corners and has led French President Emanuel Macron to call for changes to his country’s laws.

For the Jewish community in France, it was the latest blow in their fight against anti-Semitism. According to a report released earlier this month by the U.S. Commission on International Religious Freedom, 95 percent of Jews in France said anti-Semitism is a big problem, and that the true numbers of such attacks may not be known because people are hesitant to report them, in part because they don’t believe that police will act effectively.

In addition to the rally in Paris, a simultaneous one will be held in London in front of the French embassy there. Due to coronavirus restrictions in the United Kingdom, all participants must pre-register and attendance will be limited.

Those who can’t attend the rally are being urged to show their support, via social media, using the hashtags #JusticeForSarahHalimi and #JeSuisSarahHalimi.

Separately, it is being reported that Sarah Halimi’s sister, Esther Lekover, an Israeli citizen, will file a lawsuit against her sister’s killer in the Jewish state, where some anti-Semitic crimes abroad can be prosecuted.