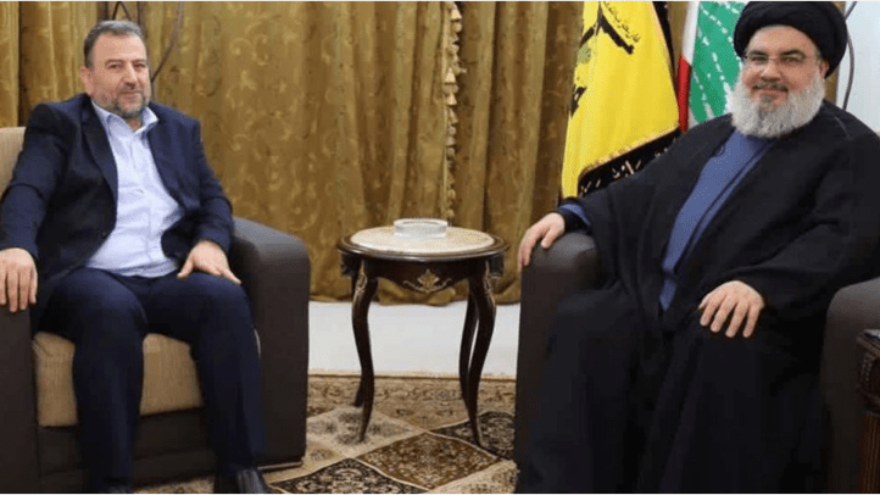 The delegation was headed by the head of the Gaza-based terrorist organization’s political bureau, Saleh al-Arouri, and deputy Hamas leader in Gaza Khalil al-Hayya. According to recent reports, al-Hayya’s standing within the terrorist group is on the rise. Al-Arouri is responsible for Hamas’s terrorist attacks in Judea and Samaria.

Hezbollah-affiliated media outlets reported that the sides discussed the recent developments in the Palestinian arena, namely events in the eastern Jerusalem neighborhood of Sheikh Jarrah. The sides also reportedly discussed the future of the conflict with Israel and the political situation in the Middle East.

Several months ago, Hamas leader abroad Khaled Mashaal visited Lebanon in the aftermath of the December 10 explosion at the Burj al-Shemali refugee camp near Tyre. Killed in the blast was a Hamas engineer named Hamza Ibrahim Shahine, whose funeral turned into a gun battle between gunmen from Fatah and Hamas, reportedly leaving three people dead. Mashaal didn’t meet with Nasrallah at the time, and the belief is that the Assad regime’s animosity toward several of Hamas’s leaders was the reason why.

Two months before the blast, the mosque at Burj al-Shemali was flagged as a main Hamas weapons manufacturing workshop in a detailed report by the Alma Research and Education Center, a security watchdog based in northern Israel.

“Hamas does not just see itself as a guest in Lebanon,” Maj. (res.) Tal Beeri, who served for 20 years in the IDF Military Intelligence Directorate and is now the director of the research department at the Alma Center, said at the time.