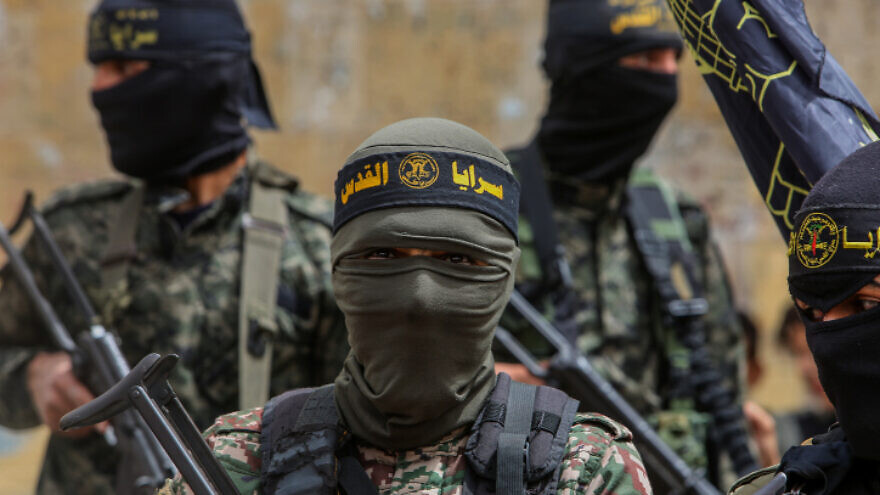 (December 14, 2022 / JNS) With a new right-wing government poised to take office in office in Israel, leaders of the terrorist group Hamas vowed defiance in a carefully orchestrated show of force on Wednesday.

At a gathering to celebrate Hamas’s 35th anniversary, Yahya al-Sinwar, the movement’s commander in Gaza, said that the Palestinians were facing an “open conflict” with Israel, reported Reuters.

He claimed that what he called the al-Aqsa mosque complex in Jerusalem, known to Jews and Christians as the Temple Mount, was in danger of being infringed upon by the “Talmudic, fascist, Zionist, rightist administration,” and that Hamas would take violent action in response.

“Our silence is preparation and if we talk, it will be guns talking on our behalf,” he said.