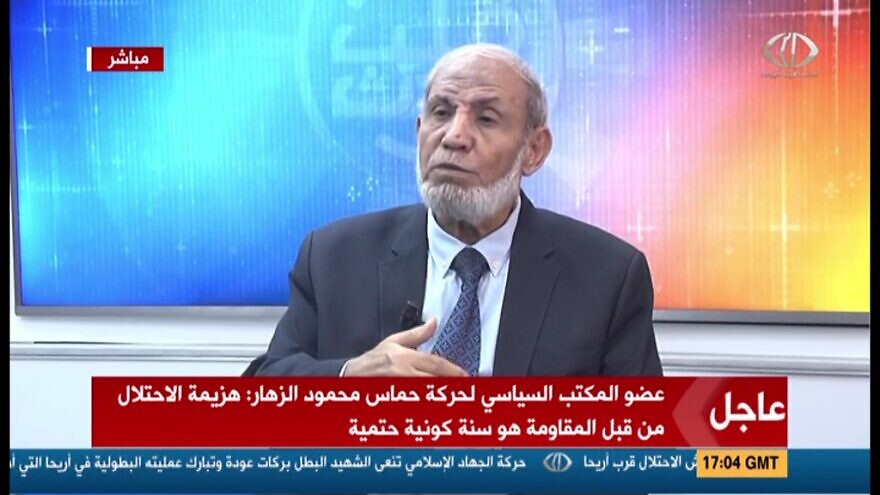 (November 13, 2022 / JNS) Mahmoud al-Zahar, a co-founder of Hamas and a former Palestinian Authority foreign minister, said recently that his organization should increase support for terror attacks against Israelis in Judea and Samaria with “words money, and weapons.”

In the interview on Palestine Today TV (Palestinian Islamic Jihad) on Oct. 31, al-Zahar also said that “periodic wars” against Israel should be waged from that territory instead of from the Gaza Strip.

If Israel is defeated in the West Bank as it was in Gaza (a reference to Israel’s 2005 disengagement from the Strip), thousands of Israelis will flee, he predicted.

He also discussed a book he had written about anti-Semitism in America and Europe, saying that by driving out Jews from their countries, Europeans were able to both destroy the Jews and harm Islam.

He claimed that Jews moved to Palestine as an “investment venture.”