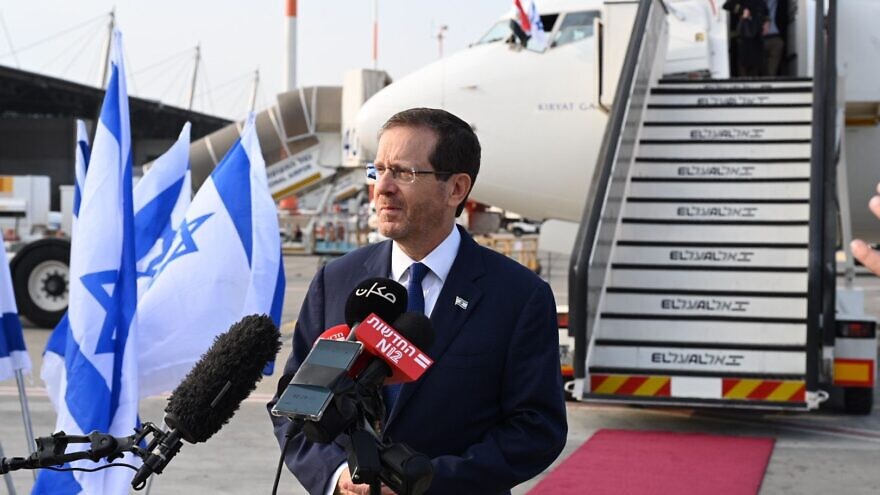 (November 7, 2022 / JNS) Israeli President Isaac Herzog arrived in Egypt on Monday at the head of the Israeli delegation to the 2022 U.N. Climate Change Conference (COP27).

“The Middle East faces mighty challenges. In my speech, I will present the Israeli vision that I call the ‘Renewable Middle East,’ in which Israel and regional states will cooperate to provide major solutions for the climate crisis,” Herzog said ahead of his departure.

“The climate is at the top of the State of Israel’s priorities. It is connected to the future of our children and future generations. We must do everything to do our part to save humankind,” he added, according to a statement from his office.

The Israeli president was scheduled to address the COP27 central plenary and inaugurate the Israeli pavilion, the first at a COP summit, together with members of the Israeli delegation, including Environmental Protection Minister Tamar Zandberg, Education Minister Yifat Shasha-Biton and Regional Cooperation Minister Issawi Frej.

Before returning to Israel, Herzog will attend a reception hosted by Sisi and Guterres for conference attendees.

Some 90 world leaders, including U.S. President Joe Biden, are expected to travel to the Egyptian desert resort town between now and Nov. 18.