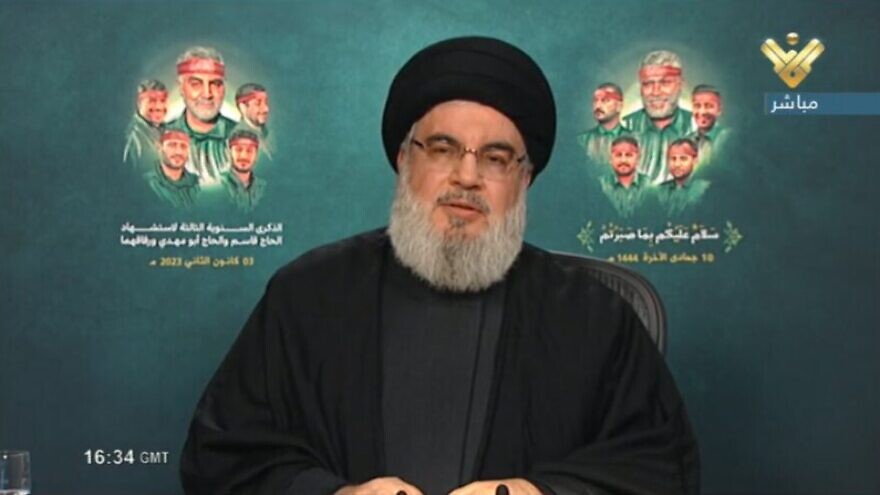 In televised remarks on the third anniversary of the U.S.’s assassination in Iraq of Quds Force commander Qasem Soleimani, Nasrallah said National Security Minister Itamar Ben-Gvir’s visit could cause the volatile situation in the Middle East to “explode.”

Rumors of Nasrallah’s ill health have been circling after a speech he planned to deliver on Friday was postponed due to illness. The Lebanese terror leader had contracted the flu, according to Hezbollah’s media office.

On Tuesday, Nasrallah, 62, said that he is feeling better, claiming a long-standing sensitivity in his windpipe contributed to his illness.

He deemed the new Israeli government “corrupt” and “extremist” and said it was directing itself to a “very dangerous point” with its policies in Jerusalem, Judea and Samaria and the Gaza Strip.

“The desecration of the Muslim and Christian sanctities in Palestine will not only explode the situation…but could actually cause an explosion in the whole region,” said Nasrallah, making claims similar to those on past occasions. “Our people will not accept such a violation.”

He cautioned Western countries to stop “crazy extremist Israelis” if they do not want another war in the region. “We are awake, alert and ready. We will not allow any change to the rules of deterrence in Lebanon,” Nasrallah said.