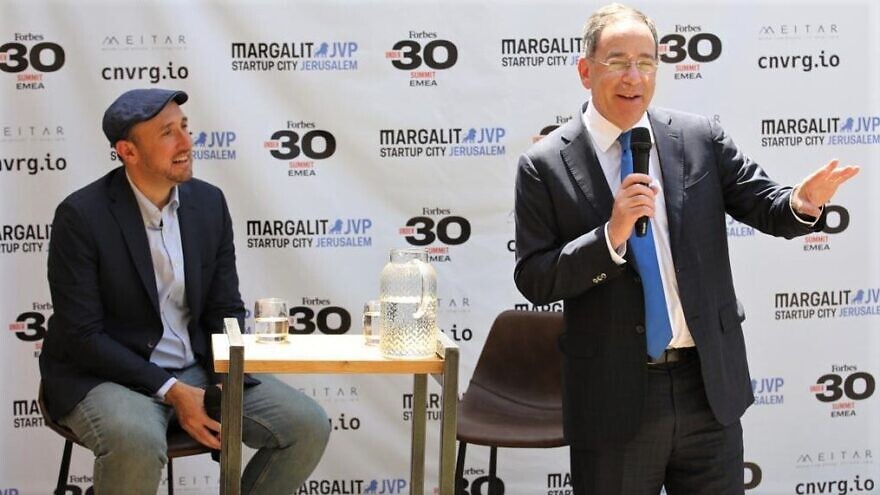 (June 8, 2022 / JNS) At the start of June, young Jewish and Arab entrepreneurs came together to discuss joint ways to develop technology and build peace. They were joined by senior business and political figures who encouraged their efforts.

The event occurred under the auspices of the “Forbes Under 30 Summit” in Tel Aviv and Jerusalem from May 29 to June 1, described by organizers as “an international gathering of top young founders, leaders and mentors for four days of learning, connecting and creating.”

The event encompassed four days of “inspiration, VIP experiences across Tel Aviv and Jerusalem, and workshops focused on propelling entrepreneurship and impact” across business, art and philanthropy, according to the event organizers.

The groups were hosted by the (JVP) venture-capital firm, founded by the Israeli high-tech and social entrepreneur Erel Margalit, who also founded Margalit Startup City, a model of urban development based on the creation of multiple innovation centers.

“JVP has for many years been bringing young Jewish and Arab entrepreneurs together to build bridges and cooperation. Now we are doing this across the region, and the next frontier is Saudi Arabia,” Margalit told JNS in recent days.

“We have been delighted to welcome young leaders from the ‘Forbes Under 30’ list to showcase the work of JVP. The connections built today have the potential to be long-lasting and truly impactful,” he stated.

Tech2Peace—a startup NGO that provides young Israelis and Palestinians with entrepreneurial training, conflict dialogue and professional opportunities at places such as Google, Microsoft and MIT—played a significant part in the summit.

‘Contribute to growing footprint on the global stage’

Tomer Cohen, co-founder and a former Israel Defense Forces’ electronic warfare platoon sergeant and commander, and Adnan Jaber, a board member at Tech2Peace, told JNS about their efforts.

“As the name suggests, Tech2Peace brings Palestinians and Israelis together to learn high-tech skills and dialogue,” explained Jaber. “We start with a camp that lasts two weeks, bringing diverse people together—male and female, right-wing and left-wing—every kind of person. We meet for the first time and start every day by learning about tech, application development and 3D design for three hours.”

The next three hours involve dialogue on the issues that go to the heart of the Middle East—the participant’s backgrounds, religious perspectives, home cities, and their perspectives and experiences relating to the Israeli-Palestinian conflict.

After the camp, an alumni program begins, involving at least one activity every month to continue both tech learning and dialogue, said Jaber.

When news reports bring with them difficult developments, the alumni group creates a Zoom room—or tries to arrange meetings to discuss and hear how participants feel.

Cohen said the program has created 350 alumni so far, adding that it completed 12 seminars. “Every seminar has 30 participants. We are growing exponentially; this year, we will hold five seminars,” he stated.

Jaber grew up in Talbiya, Jerusalem, while Cohen grew up in the same city, though now lives in Ramat Gan in central Israel.

“Because our communities are so segregated, we never met until Tech2Peace,” said Cohen. “We have received support from Google, Microsoft, MIT and other big players, who assist our training and provide content and connections. And we are determined to reach our very ambitious but realistic goals.”

Jaber said the Palestinian technology sector is well-developed in comparison to Arab countries, adding that high-tech companies exist in every Palestinian city in the West Bank and that there are many high-tech graduates from West Bank universities.

“One famous place is the new city of Rawabi, between Nablus and Jerusalem,” he said. He estimated that there are thousands of high-tech employees throughout the West Bank. “Whether there will be a one-state or two-state or five-state solution, there won’t be a solution without peace, education, economic development of Palestinians and cooperation.” 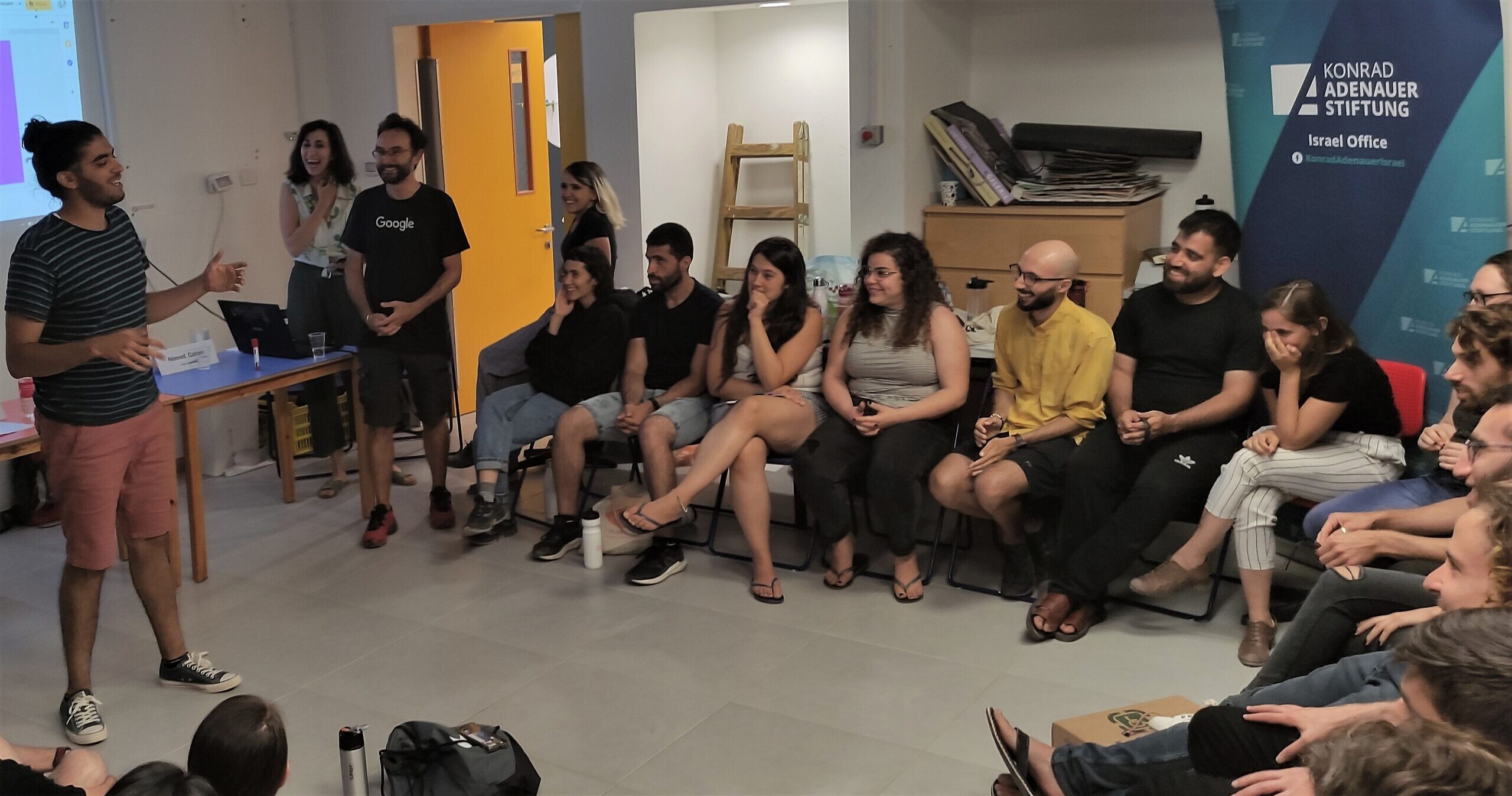 A scene from a Tech2Peace camp. Credit: Courtesy.

In his speech, U.S. Ambassador to Israel Thomas Nides said he hoped the recently signed free-trade agreement between Israel and the United Arab Emirates “will reach Palestinians,” adding, “I cannot explain how important this is.”

As part of the new Israeli-Emirati agreement, some 96% of goods between the two countries will be tariff-free.

“This is bigger than you,” he said. “You need to help other people get to where you are now on your journey.”

Jerusalem Deputy Mayor Fleur Hassan-Nahoum also addressed the summit, saying “Jerusalem has a vibrant entrepreneurial ecosystem with innovation that is both diverse and impactful.”

“To bring such a high-level network of leaders from the next generation to visit and get to know Jerusalem—and the people of Jerusalem—will greatly contribute to our growing footprint on the global stage,” she stated, “generating so much benefit in issues like the climate, food security, water and more.”