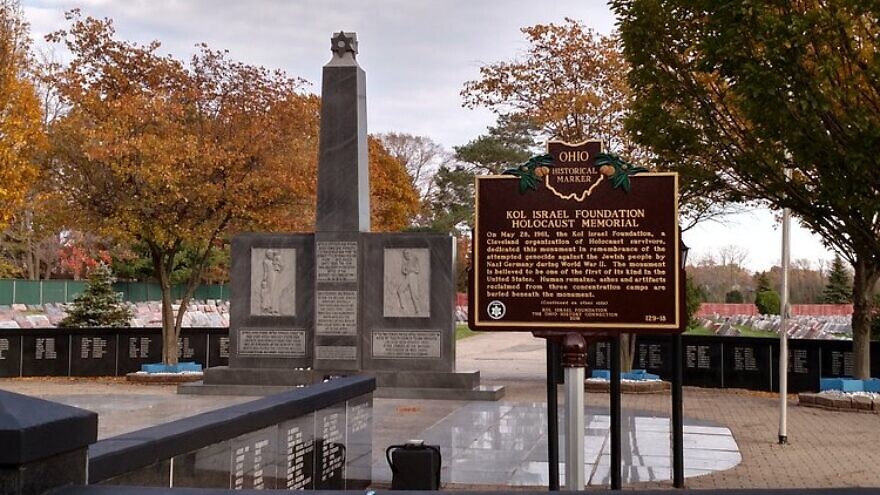 The monument, located in Zion Memorial Park, Bedford Heights, was built by the Kol Israel Foundation in 1961 to commemorate the victims of the Nazi genocide. It includes the ashes and belongings of Jews who perished at three concentration camps during the war.

The bill recognized the significance of the memorial in “preserving the memory of the 6,000,000 Jews murdered by the Nazi regime and allies and collaborators of the Nazi regime,” and “honors the life and legacy of the Holocaust survivors who erected” the site.

“This will represent a triumph over evil by those heroic individuals who persevered against overwhelming odds. Our family members would be ‘kvelling’ (beaming with pride) if they were alive today to see this,” he added.

The monument is the site of an annual memorial service, held each year on the Sunday between Rosh Hashanah and Yom Kippur. Co-sponsored by the Jewish Federation of Cleveland, the event serves as an opportunity for families to say the Mourner’s Kaddish for departed Holocaust victims who did not receive a proper burial or do not have a known grave.

U.S. Senator Sherrod Brown (D-Ohio) said, “The Kol Israel Memorial Foundation educates Ohioans about the lessons of the Holocaust and preserves the memories of its victims. When we pass that knowledge on to future generations, we recommit ourselves to ensuring it never happens again, and to fighting for a more just and peaceful world.”