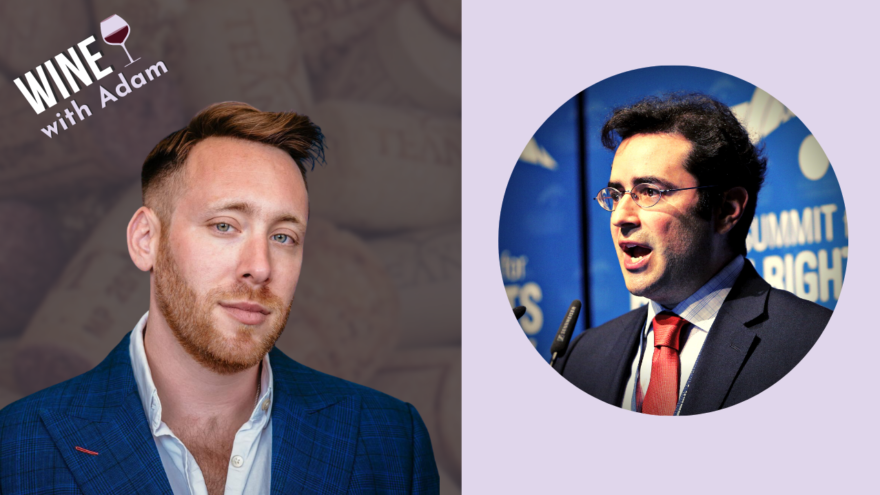 (September 21, 2022 / JNS) Dictatorships and murderous regimes regularly band together to approve United Nations resolutions. As a result, these documents can then enjoy international legitimacy. This represents one of the challenges at the core of how the United Nations functions, according to Hillel Neuer, executive director of UN Watch.

In a conversation with Adam Scott Bellos on this week’s “Wine with Adam,” Neuer explains how decades ago the Soviet Union persuaded Arab states to develop an anti-Western alliance. As they talk, the two enjoy a glass of Bravdo Merlot.

“They built an automatic majority. As a result, they passed one resolution after another, condemning Israel, again, with the imprimatur of the United Nations, with all of its grandeur and gravitas,” Neuer notes. He also stresses how this mechanism continues to characterize the United Nations to this day.

“Anti-Zionism was a Soviet disinformation/KGB campaign, in the 1960s and ‘70s, exported to the world stage of the United Nations,” he says.

The problem goes well beyond Israel, he adds.

The most hated man in the United Nations

For this reason, Neuer and his group are fighting to keep the United Nations accountable. This has made him, in Bellos’s words, “the most hated man in the U.N.”

“It’s a badge of honor, because those hating me are either the murderous dictators, or they’re apologists among the West,” says Neuer. “But it’s not easy. You need to develop a thick skin. The knowledge that what I’m doing is right empowers me … We’re fighting for the United Nations to live up to its founding principles,” he adds.

Bellos and Neuer then discuss how Western non-profit organizations that describe themselves as human right NGOs sometimes become enablers of the worst anti-human rights agendas.

“There are some radical-left organizations that call themselves human rights groups. But, in fact, [they] often end up empowering terrorists or dictatorships,” says Neuer.

“Amnesty International, sadly, one of the great human rights organizations of the past century, has devolved into an organization that just gave a prize to Russia, [for the] second time in a year. They issued a report that Russia is using to justify attacking civilians in Ukraine,” he adds.