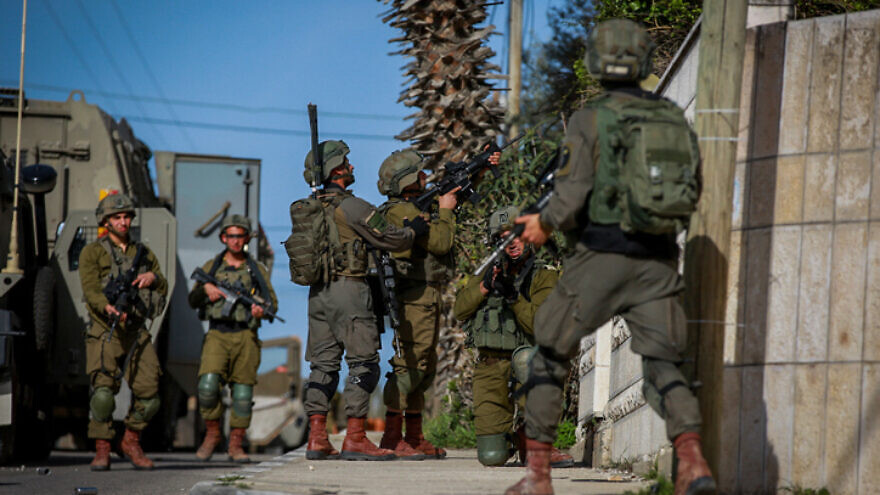 (May 12, 2022 / JNS) Israeli security forces on Thursday arrested two suspected accomplices of the terrorists who carried out the deadly May 5 terror attack in Elad.

The suspects were arrested in the villages of Brukin and Rumana in northern Samaria, according to the Israel Defense Forces.

Additional suspects were arrested in Madama in the Nablus region and Qabatiya in the Jenin region, as well as in Hebron.

In total, the IDF said it arrested nine security suspects, and seized a submachine gun of a type produced in Palestinian workshops in Judea and Samaria.

On Tuesday, the IDF and the Israel Security Agency (Shin Bet) arrested a total of six Palestinian security suspects in counter-terror raids throughout Judea and Samaria.

According to the IDF, the soldiers apprehended individuals in the city of Qalqilya, and in the towns of Qaffin and Atil, who are suspected of involvement in terror activity.