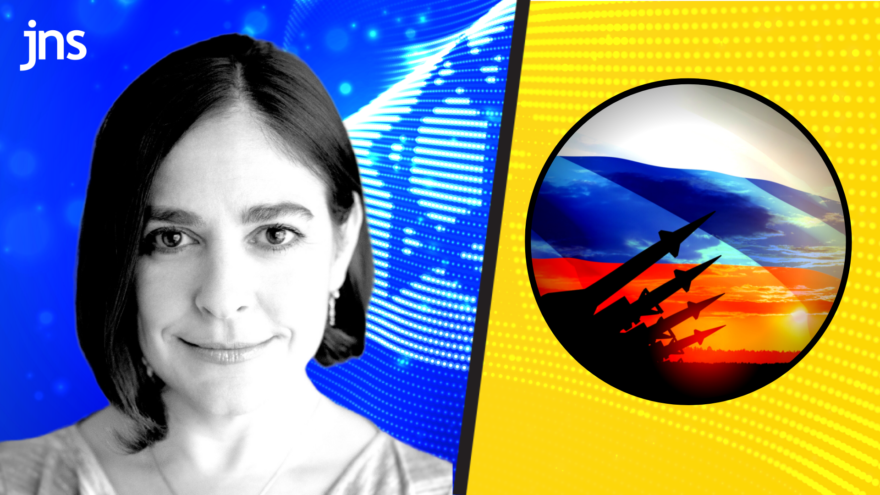 (July 26, 2022 / JNS) If Russia decides to mount a nuclear strike on the United States, it will succeed, according to David Wurmser of the Washington-based Center for Security Policy.

“I don’t think most Americans perceive that, because their elites have convinced them that there is no such option,” Wurmser tells Caroline Glick on this week’s “Mideast News Hour.” “I think there is a misperception out there in America of our own power and strength.”

As a nation, the United States still possesses tremendous latent strength, “but latent strength does not win wars,” he continued. “So, America right now is in a bad place, where we’re intoxicated with our words, we’re cashing in on a legacy of power that we no longer are willing to pay for societally, economically, or in terms of assertion of American power and sacrifice.”

Glick and Wurmser focus their discussion on the fallout from President Joe Biden’s recent visit to Israel and the Middle East.

Every state in the Middle East, friend and foe—except Israel—realizes that Biden’s visit to the region was a failure, they say.

Only Israel thinks Biden’s visit was a success

Israel’s caretaker government under Prime Minister Yair Lapid and Defense Minister Benny Gantz is still insisting that Biden’s visit was a success. This even as Biden refused to put forward any option for preventing Iran from becoming a nuclear-armed state.

The Saudis, Emirates and Egypt all responded to Biden by looking for ways to normalize their ties with Tehran. Russian President Vladimir Putin responded to Biden’s failure by holding a summit in Tehran with Iranian dictator Ali Khamenei and Turkish President Recep Erdoğan.

Wurmser explains that Biden’s refusal to green-light an Israeli attack on Iran or consider any option but continuing down his current sure path of enabling Iranian nuclear armament should have sufficed to convince Lapid and Gantz that Israel needs to ignore the United States and move forward with its regional partners to either take out Iran’s nuclear installations by force or take down the regime, or both.

Instead, Lapid responded by putting a framed copy of his Jerusalem Declaration with Biden on the wall of the security cabinet meeting room. That is, he doubled down on his faith that the United States will keep its word and prevent Iran from acquiring nuclear weapons.

Gantz, for his part, went one further. He flew to the United States this week to meet again with Biden’s top advisors. Speaking in Aspen, Gantz insisted that Biden’s pledge to prevent Iran from acquiring Iran from becoming a nuclear power was a significant event.

Why America refuses to stop Iran

Finally, they move to Israel itself, and the stakes in the coming election. They talk about what is liable to happen before the elections in the United States and Israel, and the important signal that Israel is sending both through its continued operations in Iran and through strategic messaging from opposition leader Benjamin Netanyahu. They explain how those messages and actions are likely to impact events, for better or worse, in the coming months.