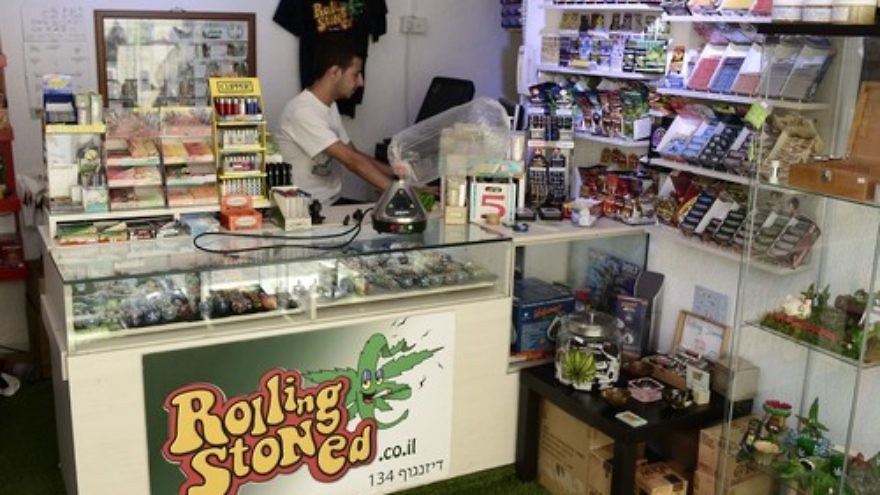 One of the most revolutionary social movements in the past decade has been the growing acceptance of the consumption of marijuana in Western society, including the substance’s legalization in U.S. states such as Colorado and Washington. While marijuana is illegal for general use in Israel, the Jewish state is considered to be one of the world’s most forward-thinking countries when it comes to medical marijuana, with scientists and researchers flocking there to learn more about the benefits of the drug.

Marijuana was first comprehensively studied in Israel in the 1960s by Professor Raphael Mechoulam, who is known as “the father of medical marijuana,” at the Hebrew University of Jerusalem.

Mechoulam’s research team was able to isolate some of the major compounds in marijuana, many of which had been previously unknown, including THC (Tetrahydrocannabinol) and CBD (Cannabidiol). THC is the psychoactive compound in marijuana that causes the typical “high” effect, and CBD is non-psychoactive. Both compounds have medicinal properties.

Working with other marijuana researchers in the U.S., Mechoulam’s team performed groundbreaking work on the understanding of the endocannabinoid system—the communications system in the brain and body that affects many important functions, including appetite, pain-sensation, mood, and memory. This included the discovery of the cannabinoid receptor Anandamide, which comes from the Sanskrit word ananda, meaning “supreme joy.”

Medical marijuana was first approved for use in Israel by the Ministry of Health in 1992. Since 2007, when the ministry created a more formal medical marijuana program, use of the substance has grown to more than 20,000 patients.

“The Ministry of Health at one point decided that patients, instead of going to the black market and getting whatever they get there, should be able to get material from a legitimate source, and [the ministry allowed] growing of medical cannabis,” Mechoulam told JNS.org. “There is a committee in the ministry that approves every single physician. It is not given freely for any disease; there is a list of diseases for which medical cannabis is approved.”

Given the openness of the Israeli government about medical marijuana, several companies have emerged that are pioneering efforts in that field.

Backed by the government, Tel Aviv-based Syqe Medical has developed a hand-held inhaler that vaporizes granules of cannabis as small as 1 milligram, helping doctors give patients more control over their treatment. In fact, one of the biggest challenges that the medical marijuana industry has faced is the inability of doctors to prescribe exact dosages for patients. This leaves many patients struggling with trial and error through smoking, vaporizers, and edibles.

“It is extremely important to know what a person with a certain disease is getting,” Mechoulam said. “Not every disease is affected by a same type of marijuana or the same dosage. There are marijuana mixtures with a lot of THC and a little bit of CBD, or vice versa. There are some diseases affected by CBD alone, like epilepsy for example.”

Tikkun Olam, another Tel Aviv-based company, is also focused on getting the right type of marijuana to the right patients by providing education on medical marijuana usage, including an instruction center. Tikkun Olam began research on CBD-enhanced marijuana in 2009, and in 2012 the company came up with a strand of marijuana called Avidekel, which contains high levels of CBD and almost no THC. The CBD content of the strain is as high as 15.8 percent. On its website, Tikkun Olam has about a dozen strains, including Avidekel, which range in their THC and CBD percentages.

“Pharmacology clinicians have to work with precise measurements and with an understanding of what they are working with, and not just say, ‘We have taken marijuana and given it to a patient, and he smoked it and feels good,’” Mechoulam said.

The research being performed in Israel has attracted scientists and researchers from other countries who are looking to taking advantage of the Jewish state’s medical marijuana-friendly laws. One of those researchers is Dr. Sue Sisley, a physician from Arizona who had received U.S. approval to test marijuana on American veterans suffering from PTSD. But soon after receiving the federal grant, Sisley was fired by the University of Arizona last summer after a purported clash with state lawmakers over medical marijuana research.

Without a job or laboratory, Sisley wasn’t left with many options—until the state of Colorado stepped in and offered a $2-million grant to continue her research on PTSD and marijuana. Armed with that grant, Sisley turned to Israel to obtain the marijuana needed for her research.

“Our interest in Israel started because Israel has access to strains of marijuana that we weren’t able to obtain from our own federal government,” Sisley told JNS.org.

Sisley explained that in the U.S., all marijuana used for research must come from the National Institute on Drug Abuse (NIDA), which she described as a government-enforced “monopoly” and the only legal supplier of marijuana. The NIDA does not have strains of marijuana with the high concentrations of CBD that is needed for research on PTSD.

“The CBD appears to have a calming effect on those certain structures of the brain that deal with fear activation, memory, anxiety,” Sisley said. “If it can calm those structures in the brain and reduce the neurotransmissions in that area, it could result in patients being less symptomatic.”

According to Sisley, more than 22 U.S. military veterans are dying each day from suicides related to the effects of PTSD.

“The reason we are here in Israel now is because we feel there is a dire need to get this study underway,” she said. “We have an epidemic of veteran suicide in the U.S.”

“The other reason we are interested in Israel is that they are not only growing CBD-rich strains, but because Israel has an abundance of soldiers still suffering from their experience in battle,” Sisley added.

Dr. Rick Doblin—the founder and executive director of the Multidisciplinary Association for Psychedelic Studies, a California-based non-profit that develops medical, legal, and cultural contexts for people to benefit from the careful use of psychedelics and marijuana—visited Israel with Sisley to meet with doctors and researchers. Doblin said he and Sisley are looking for Israeli collaborators for research on medical marijuana strains with high levels of THC and CBD, something he said that “we have a hard time getting in the U.S.”

“I’ve heard a lot of complaints from patients on how hard it is to get access to medical marijuana, long wait times for prescriptions, small dosages, and how arbitrary the system is for each patient,” he said. “There seem to be a lot of artificial limitations.”

At the same time, the Ministry of Health last year launched a two-year comprehensive study to better understand medical marijuana.

“[Medical marijuana in Israel] is being regulated, but not fully regulated, at the moment,” Mechoulam said. “It is extremely important to know what a person with a certain disease is getting. Not every disease is effected by the same type of marijuana.”