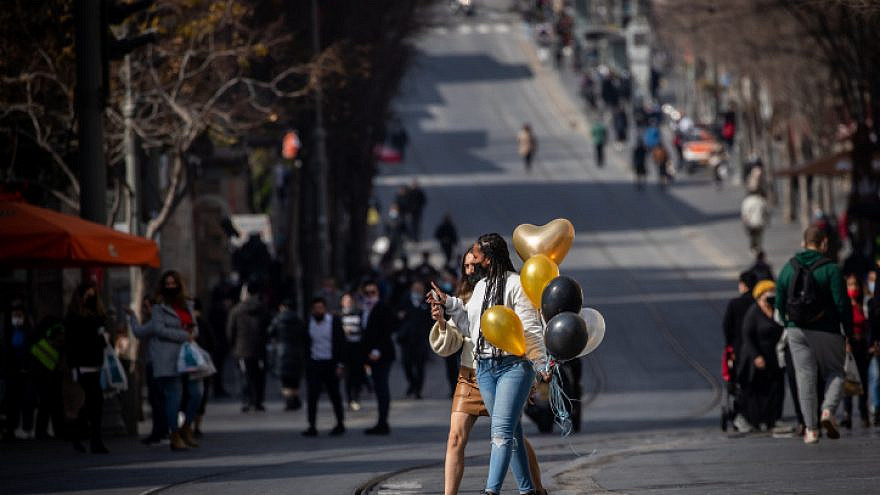 (February 7, 2021 / JNS) Israel on Sunday began a gradual easing of its COVID-19 lockdown following a Cabinet approval of the measure early Friday morning.

Israelis are now allowed to travel more than one kilometer (1,094 yards) from their homes, and nature reserves, national parks and outdoor heritage sites have reopened. Restrictions were also lifted on workplaces that do not receive the public (as long they follow Health Ministry standards), and one-on-one services, like barber shops, may reopen. Restaurants can now offer takeaway services, and bed and breakfasts can host single families.

The lockdown, Israel’s third since March, is being lifted despite the fact that it has had less of an impact on the virus’ morbidity rate than hoped, which both Israeli Health Minister Yuli Edelstein and Prime Minister Benjamin Netanyahu have attributed to the spread of the so-called U.K. variant of the virus.

At Thursday’s Cabinet meeting, which ran on into Friday, Netanyahu said, “The British mutation is … running amok in Israel. We can see it in the simple fact that around 80 percent of morbidity in Israel today is from the British mutation. This changes the situation.”

The prime minister emphasized that because of this, the only way forward in the fight against the pandemic is Israel’s robust vaccination program.

“We are the only country that is dealing with the British mutation with a certain success, due to the millions of vaccines that we have here,” said Netanyahu.

While Israel has begun vaccinating all citizens over the age of 16, Netanyahu reiterated that it was the over-50 age group that was key.

Ninety-seven percent of the COVID-19 deaths in Israel have been in this demographic, he noted, as well as 92 percent of all serious cases. Because of this, he said, Israel’s push to vaccinate its older population has resulted in the fact that in the past 16 days there has been a 26 percent decrease in hospitalization among those over 60, as well as a 45 percent decrease in verified cases in the same population.

The prime minister re-emphasized his goal of vaccinating 90 percent of the over-50 population in the next two weeks.

“The vaccines work. The more people who are vaccinated, with emphasis on the 50-plus age group, the more we will be able to gradually, cautiously and responsibly open the economy,” he said.