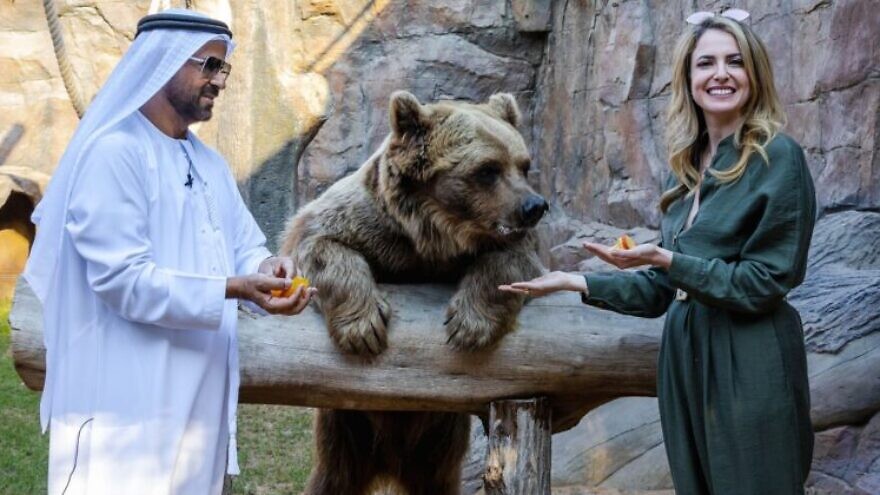 (June 27, 2022 / Israel21c) Right after the Abraham Accords were signed in September 2020, Israeli television journalist Michal Divon felt she had to contribute somehow to the expanding relations between Israel and the United Arab Emirates.

In a recent Zoom interview, Divon, 36, said she had already worked as a reporter, interviewing international figures and covering war. For her, having a “positive story about peace made me feel like I wanted to be part of it.”

One month after the accords were signed, she was on her way to live in Dubai.

“This was the story to cover,” said Divon.

In her job at Khaleej Times, an English-language media company where she has a show, “Dubai This Week,” Divon gets to interview industry leaders, trailblazers and celebrities who “are making things happen in Dubai.”

She is “filled and overtaken with the new relations and the prospects in the region,” she said. “From the moment I landed here, I knew I wanted to help, and I’m helping to shape it a little. I wanted to live here. It felt like home.” 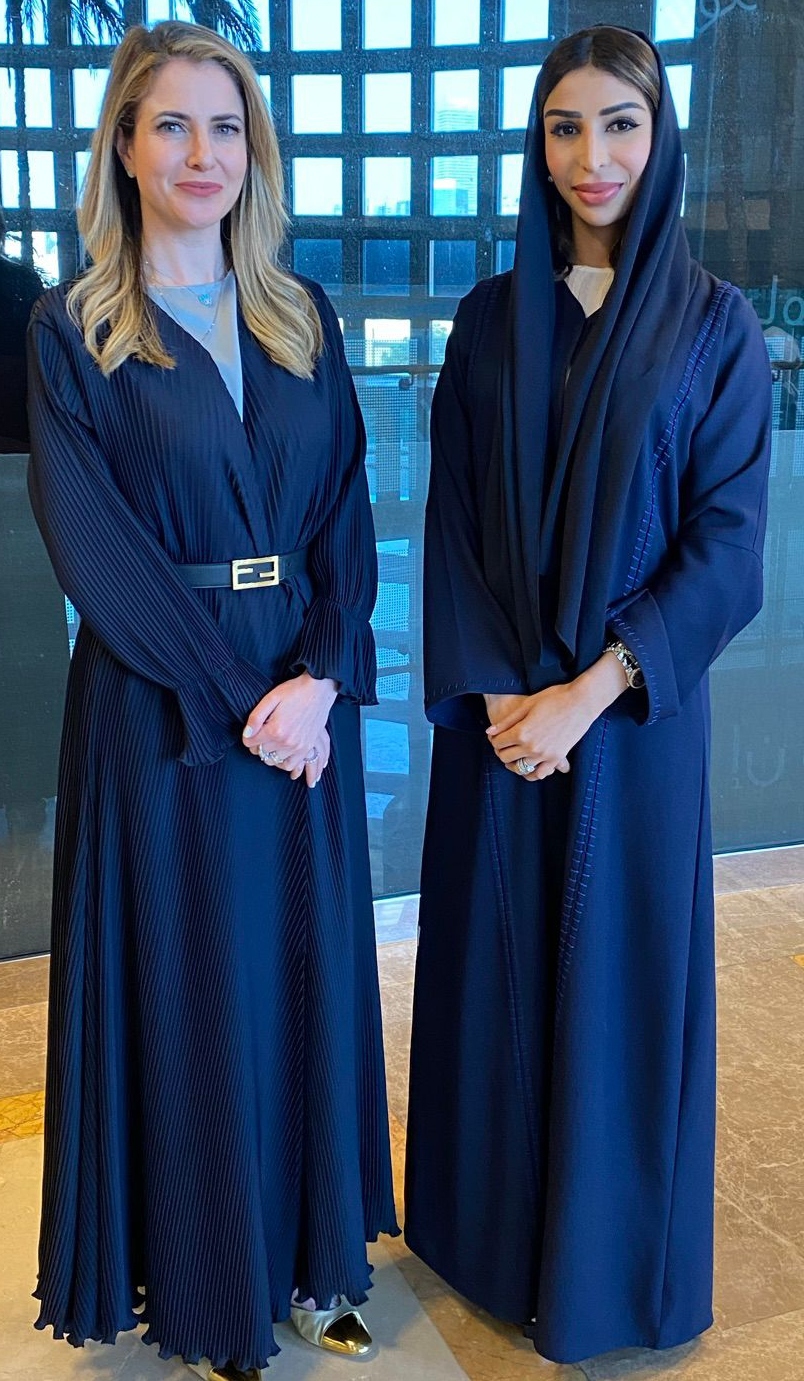 Yet at first, she worried that her vision of what life in Dubai would be like would not match reality. On the contrary, what she has experienced so far, she said, goes beyond her expectations.

“There is a very warm peace between the two peoples,” she said, bubbling with enthusiasm about her new residence. “This is peace from the top down and from the bottom up.”

Embraced as an Israeli Jew

As the daughter of retired Israeli Ambassador Haim Divon, who was posted in The Netherlands, Divon grew up in various countries, and has traveled extensively.

Often, she didn’t feel “always embraced as an Israeli Jew.” Emiratis have been curious about her and very welcoming, she said.

She is often the first Israeli and first Jew people in Dubai have met, which gives her an important mandate, she said.

The other day, for example, she met some high school students, including some Emiratis and a Palestinian teenager from near Nablus.

Reflecting on his reaction, Divon said that when “someone has heard a certain narrative and has only interacted with Israelis or Jews through news, when they meet a human face, they will see things differently.”

Divon has dived into the culture of the UAE, even wearing the traditional long dress, known as an abaya, which she loves. “I throw it on, add a belt, and I have an outfit,” she said with a laugh.

Dubai, she said, feels like “the safest place on earth.” People leave their bags and phones and “nobody will touch them.”

Visitors are also surprised at how green Abu Dhabi is. The water is so clear and blue, she said, “I think I’m in the Maldives.”

“It’s nothing at all like what Israelis would imagine,” she added.

The Emiratis, she continued, are “very hospitable and generous. They go out of their way to host others and make people see the best of the country.”

Divon said that on some weekends, she goes with Emirati friends into the desert to watch them train falcons, experiencing up-close their traditions and values. “The desert is part of their culture,” she said. “They’ve survived in extremely harsh conditions.”

One of the things she loves about Emirati tradition is how, when visitors walk into a room, everyone stands up to greet them. The visitors then go around the room to say hello to everyone. It’s a beautiful courtesy, she explained.

A lot in common

Since the Abraham Accords were signed in September 2020, there are more Israelis and Jews coming to live in Dubai. Divon believes that the trend will continue. She feels it’s her duty to welcome people who come to Dubai the way that she was welcomed. (She said her hosts even took her skydiving, something that wasn’t on her bucket list.)

For sports, Divon plays paddle tennis once a week with “some Emirati guys,” sometimes accompanied by her husband, Nadav Trenter Moser, who works in high-tech. The crown prince introduced the sport to Dubai, and it has become popular.

She and her husband have also started studying Arabic. While they can get along fine in English, “the really interesting stuff in our social circle is said in Arabic, including slang.”

The UAE and Israel “have a lot in common,” Divon explained. “The vision of the leaders comes to life. They’re doers and innovators and make the impossible possible.”

Both countries made the desert bloom, she said, “only the UAE did it a lot faster.” 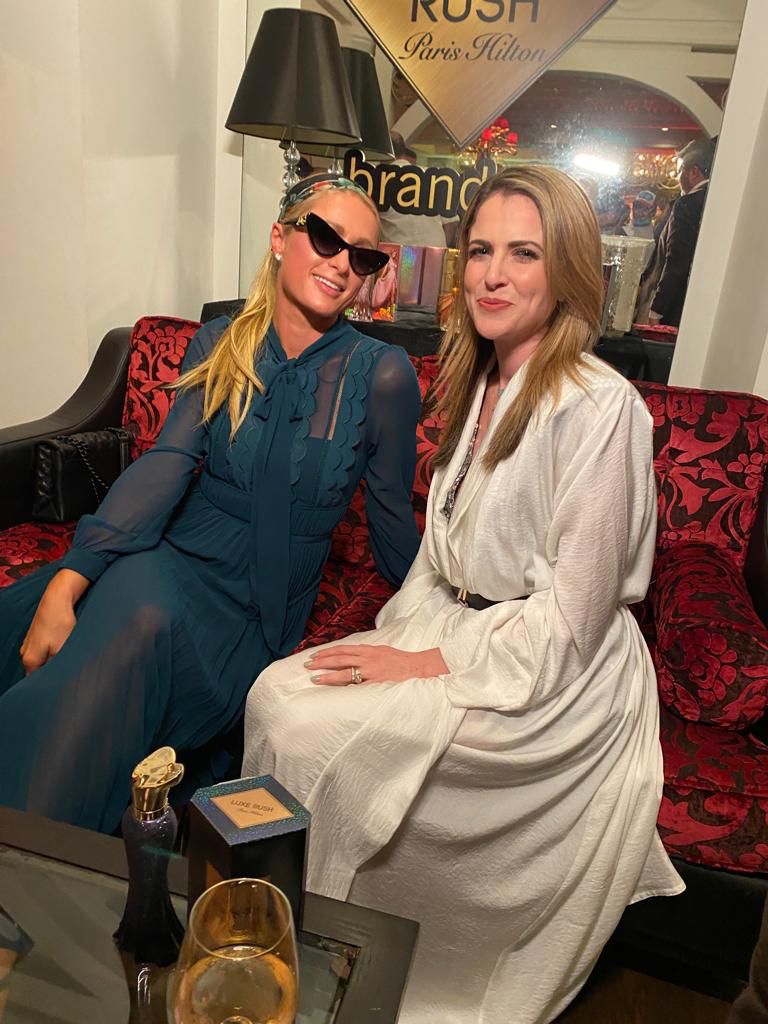 At her job, she works with a diverse team of journalists comprising a man from Gaza, another man from Lebanon and a third man from Ireland. She said that Khaleej Times gives her tools to “create the best kind of stories.”

Her presence, she believes, and the relationships she has formed will have a ripple effect.

She has met Iranians, Pakistanis, Palestinians and people “who were cynical about peace but now see that this is “the real deal.” When people of different backgrounds interact, they develop new relationships.

“Personal experiences are the most powerful tools for change,” Divon said.