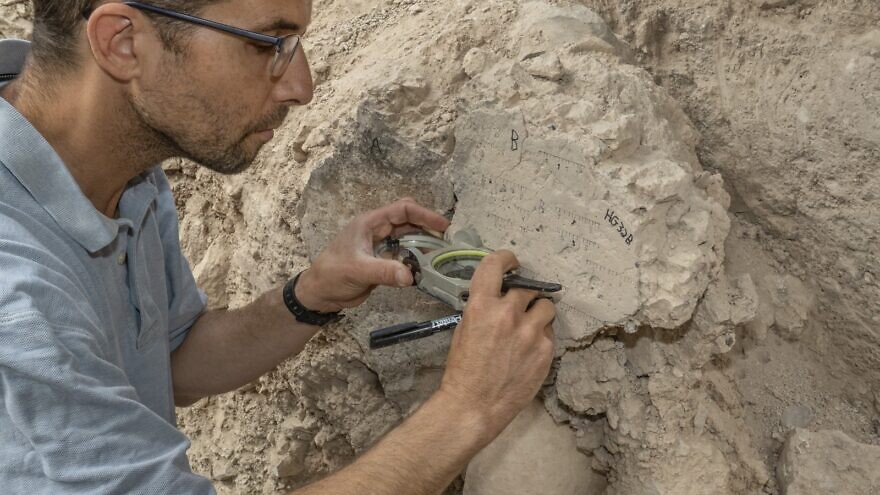 (October 25, 2022 / JNS) An Israeli scientific breakthrough has enabled researchers to verify biblical accounts of wars between ancient Jewish kingdoms and their enemies, according to a statement released by Tel Aviv University (TAU) on Tuesday.

The scientists examined archaeological findings containing magnetic minerals which, when heated or burned, record the local magnetic field. These magnetic records can thus be used to date the fires, matching them to reported military campaigns, in a manner reminiscent of radiocarbon dating.

Using such records, a joint study by TAU and the Hebrew University of Jerusalem, employing some 20 researchers from a variety of countries and disciplines, was able to accurately date destruction layers at 17 archeological sites throughout Israel, according to the statement.

The researchers were able to reconstruct the direction and intensify of the Earth’s magnetic field in burnt remnants at various battle sites, enabling them to match the dates of the fires to biblical accounts of battles between Israel and Judah, the two ancient Hebrew kingdoms that formed after the division of the united Israelite monarchy, and armies from ancient Egypt, Aram, Assyria and Babylon.

“Findings indicate, for example, that the army of Hazael, King of Aram-Damascus, was responsible for the destruction of several cities—Tel Rehov, Tel Zayit, and Horvat Tevet,” according to the statement. Hazael’s campaign also resulted in the destruction of the Philistine city of Gath, an event recorded in the Bible.

“At the same time, the study refutes the prevailing theory that Hazael was the conqueror who destroyed Tel Beth-Shean. Other geomagnetic findings reveal that the cities in the Negev were destroyed by the Edomites, who took advantage of the destruction of Jerusalem and the Kingdom of Judah by the Babylonians,” the researchers said.