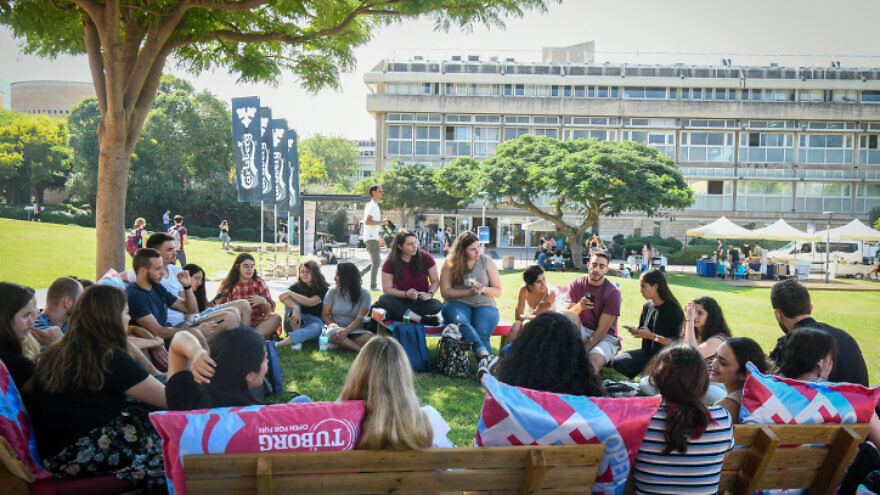 (December 15, 2021 / JNS) The Middle East Studies Association (MESA) voted overwhelmingly—93 percent—during its annual meeting on Dec. 2 in favor of advancing a resolution “endorsing the Palestinian call for solidarity in the form of boycotts, divestment and sanctions, or BDS.” The resolution will go to a full membership vote early next year (MESA counts more than 2,800 members).

In the resolution, MESA claims that its calls for an academic boycott of Israeli institutions are in keeping with its “commitment to academic freedom” since Israel has committed “systematic violations” of the rights of Palestinian academics, including “isolating, undermining or otherwise attacking Palestinian educational institutions; harassing Palestinian professors, teachers and students.”

However, two academic groups told JNS that they view the resolution as part of “spreading intellectual intolerance” on American campuses, one aspect of which involves targeting Israel.

Asaf Romirowsky, a Middle East historian and executive director of both Scholars for Peace in the Middle East (SPME) and the Association for the Study of the Middle East and Africa (ASMEA), told JNS: “The rot in higher education set in long ago and is focused, not surprisingly, on Jews and the Jewish state.”

‘It did wonders for its membership’

Peter Wood, president of the National Association of Scholars (NAS), agreed with the assertion that Palestinians being shut out of educational opportunities due to Israeli malfeasance doesn’t square with the facts. “There are plenty of Palestinians who pursue an education, quite a few of them in Israel. At Israeli institutions where they apply and meet the entrance requirements, they’re gladly admitted,” he said.

According to the Israeli Council for Higher Education, there are approximately 54,000 Arab students at Israeli universities in the 2020-2021 academic year, comprising 17 percent of all students in Israel, compared to their constituting 20 percent of the total population. Significantly, this is a 110 percent increase in the number of Arab students from the 2009-2010 academic year.

“It’s the usual jujitsu that the left employs. When it wants to do something scandalously bad, it takes the classic vocabulary of liberal education and turns it on its head. So an action that is truly meant to be suppressive of real intellectual and academic freedom gets labeled as a blow in favor of academic freedom.”

Whatever the truth about the larger situation in U.S. institutions when it comes to Israel, the story of MESA has been one of continued decline, said Romirowsky. “MESA has been around since the 1960s. They were not lovers of Israel. They were always involved with pro-Palestinian sympathizers. But they had a little bit more intellectual honesty before it all went downhill.”

MESA, which is considered the “flagship organization” of Middle East Studies and “does carry weight within Middle East Studies circles,” may be motivated as well by the experience of its United Kingdom counterpart—BRISMES, or the British Society for Middle Eastern Studies—which said it saw a jump in membership after endorsing BDS, he said.

“BRISMES said it did wonders for its membership,” said Romirowsky.

However, in the United States, more than 30 states have legislated against BDS, noted Romirowsky. “There’s a reason that MESA’s base of operation is no longer in Arizona, which has anti-BDS legislation, and it’s now based out of Washington. There is a legal question of whether or not universities, which are institutional members of MESA, are themselves violating anti-BDS laws. I defer to the lawyers to answer that question.”