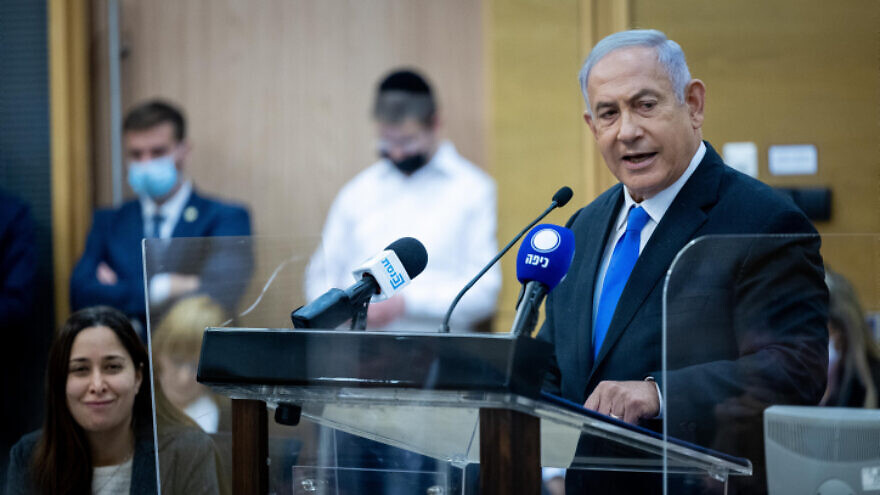 (January 24, 2022 / Israel Hayom) Talk of a possible plea bargain for opposition leader Benjamin Netanyahu has lit a fire under members of his Likud Party; such a deal could see Netanyahu forced out of politics for several years.

Camps are already forming around several party members eyeing the top spot, and the accusations have already started to fly.

“Israel Katz, this is the time to be united … you are undermining the Likud and Netanyahu,” she wrote. “The Likud has a chairman, Benjamin Netanyahu, who was elected repeatedly by a large majority, and he is the only one who should be managing outreach like this. No one gave you the mandate to speak to [the leaders of Yamina and New Hope] in the name of the Likud,” she added.

Party members needed to set aside personal ambition and rally around Netanyahu, with the goal of bringing down “this dangerous government,” said Regev.

Katz said in response that “as soon as it was reported that Netanyahu was in talks about a plea deal, I embraced him and backed him up, and said I would wait for his decision and would not discuss any future campaign under these circumstances. That’s what I’ve done. I am not negotiating with any official in the coalition about forming a government, because there’s no point at this stage.”

Katz said he would “deeply regret” any decision by Netanyahu to step down, and that he would then “work in accordance with the Likud constitution to be elected as temporary party leader and quickly form a government under the Likud, while the current Knesset is still in session.”

MK Ophir Akunis addressed the party’s internal power struggles, saying “Rather than lead the opposition party attacking the bad, dangerous government, [members] are busy fighting over who will be the next leader—when there is still no spot for a successor. The ‘friendly fire’ and the personal, public slander just do harm and play into the hands of the government. The Likud should back up the movement’s leader. Follow this rule: Likudniks don’t attack Likudniks.”

Meanwhile, MK Yuli Edelstein has declared that he intends to run against Netanyahu if the latter decides to remain in the party.

MK Nir Barkat on Friday refused to comment on the matter.