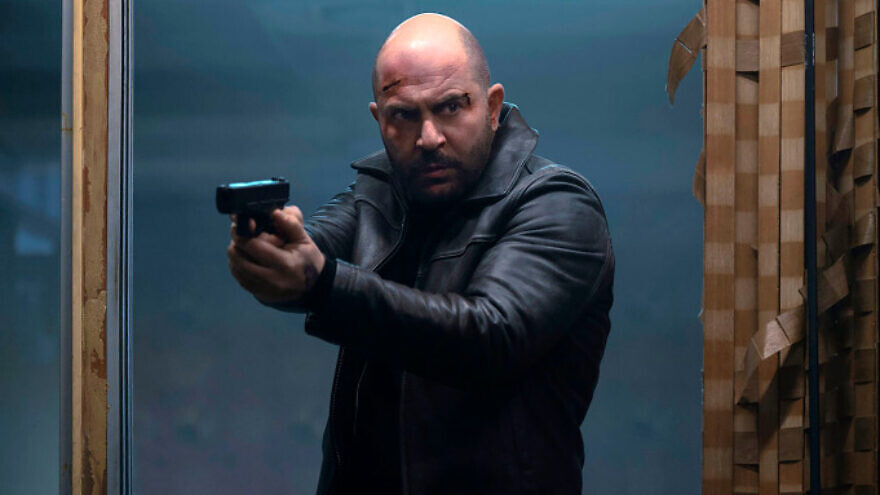 Lior Raz as Segev Azulai in an episode of “Hit & Run,” with scenes in Israel and the United States. Credit: Jojo Whilden, Courtesy of Netflix.
Spread the word.
Help JNS grow!
Share now:

(September 24, 2021 / JNS) Netflix will not renew for a second season the drama “Hit & Run,” which was co-created, executive produced and headlined by Lior Raz of “Fauda” fame.

Season one of the English- and Hebrew-language show premiered on Aug. 6 and ended with a major cliffhanger. The nine-episode first season garnered positive ratings from official reviews and audience feedback, and broke into Nielsen’s Streaming Top 10 at No. 8 a week after its debut, reported Deadline.

“Hit & Run” was created and written by Raz and Avi Issacharoff—the co-creators and executive producers of the Israeli series “Fauda,” which Raz also starred in—and Dawn Prestwich and Nicole Yorkin, creators of the Amazon comedy “Z: The Beginning of Everything.”

In “Hit & Run,” Raz played Segev Azulai, a man whose second wife was killed in a hit-and-run accident in Israel. With the help of an ex-lover (played by Sanaa Lathan) and his army friend (Israeli actor Gal Toren), he searches for his wife’s killers, who have fled to New York, and soon discovers secrets about her.

The big-budget series was filmed in New York and Israel. Showrunner Nicole Yorkin told The Hollywood Reporter that “one episode of our show is the equivalent of two full seasons of ‘Fauda’ in terms of how much it cost.” The first season of “Hit & Run” also took three years to produce due to COVID delays and shutdowns.

Prestwich and Yorkin said in past interviews that they hoped the series would run for at least two or three seasons.