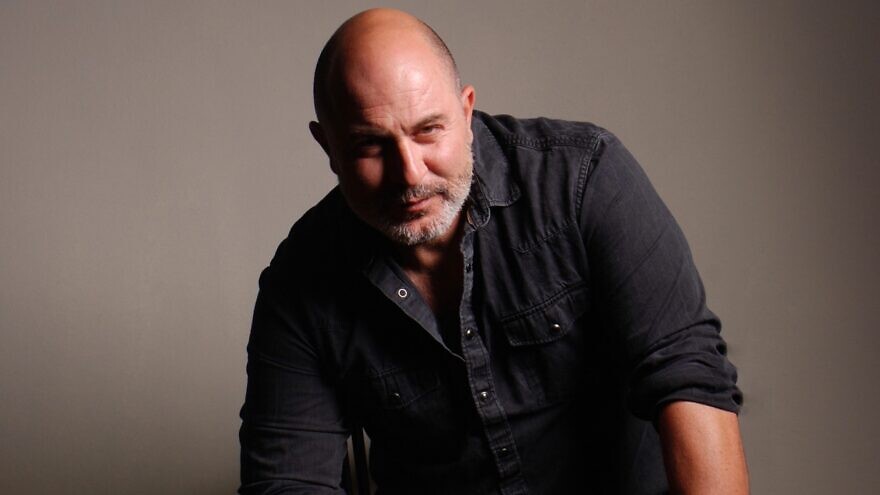 (September 10, 2021 / JNS) Being an international action star might be enough for some, but not for Lior Raz. Rather than rest on his laurels and three seasons of the groundbreaking Netflix show “Fauda,” he decided to make a thriller that took him to the streets and side alleys of New York City (“Hit & Run”), where not everything is as it seems, and great betrayal comes from a host of characters.

“I wasn’t nervous,” said the 49-year-old Israeli by phone. “I was curious and excited. It was not in Israel, and it was in English and Hebrew with a new setup, so all of us were very thrilled. At the end of the day, we did our best. People asked me if I had a fear; I said no, you have to let it go and do everything as good as you can.”

He said he especially loved to shoot in Brooklyn at night.

“For me, as someone who has been watching movies all my life about Manhattan, it was very exciting to be doing the things that I dreamt about,” said the Israeli actor and screenwriter.

With the 20th anniversary of the 9/11 terrorist attacks on the World Trade Center in New York City and the Pentagon in Washington, D.C., and in a field in Pennsylvania, Raz said he will never forget where he was at the time four planes were hijacked and crashed on a picture-perfect September morning.

“As someone who has been watching movies all my life about Manhattan, it was very exciting to be doing the things that I dreamt about.”

“I was in Israel in a basement for a theater rehearsal about the 1973 [Yom Kippur] war. I remember I was in the middle of a monologue, and someone came in the basement and told us the horrible story,” he recalled. “And we all went to watch it on TV, and it was a few days of shock for everyone and grief. I was waiting to hear what happened. First, we didn’t understand if it was a mistake; like everyone, we were first confused—and then angry, of course. It was something you will never forget for the rest of your life.”

As for his acting work, when asked if he was ever afraid in the fight scenes (including a rough one in a bathroom in “Hit & Run”) and that he might hurt another actor, it was actually the opposite.

“I’m so confident in my abilities of fighting, I’m afraid for the other side that they might hit me [too] strong and not protect me,” he quipped.

He said during “Hit & Run,” he broke his rib, hurt his liver one time, twisted an ankle and tore a muscle in his leg. He explained that this is why there are a lot of rehearsals to try to prevent injuries.

Asked if he was aware that with his tough swagger, penetrating eyes and brooding demeanor, for many he is seen as sexy, he was rather humble.

Raz is married to Israeli actress Meital Berdah; they live in Ramat Hasharon with their three children. 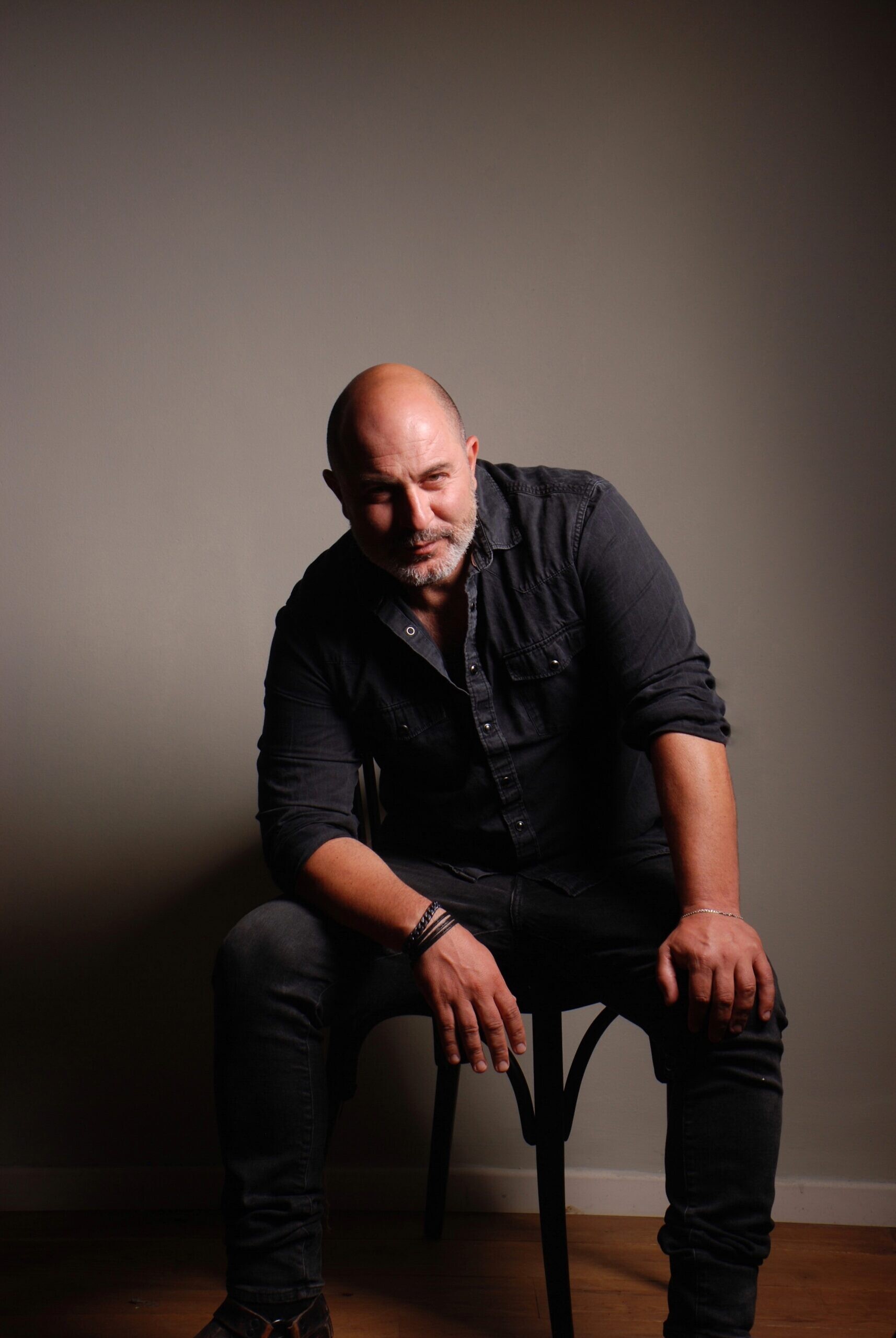 “Fauda” and “Hit & Run” were created by Raz and longtime journalist Avi Issacharoff, both of who tend to match story themes with the times. In fact, one projected plot line involves Afghanistan and the Taliban, which might be covered in the fourth season.

“We already wrote the fourth season of ‘Fauda,’ so the Taliban is not there,” he revealed. “But definitely, this is something to write about. How in a second, all the people’s lives just collapsed.”

He said that within the last year, he was in the United Arab Emirates about 15 times, living there for a few months doing the 2019 filming of the Michael Bey-directed movie “6 Underground,” where he had an intense conversation on screen with Ryan Reynold’s character, and Raz’s character ordered a mass execution.

“For me, it’s a miracle,” he said of the ability to talk freely as an Israeli in the United Arab Emirates. “For any Israeli to meet people from Lebanon, Syria, Yemen, Kuwait … and they all talk about ‘Fauda’ because they see Israel in a different way, and my characters changed the way people are looking at the Israeli. They didn’t watch Israeli TV and [suddenly] understood more of who they are from “Fauda” and “Hit & Run.” To be No. 1 in Lebanon, and No. 2 in Kuwait or No. 3 in places in the UAE, I feel we’ve changed some hearts and minds.”

As for others in the industry, Raz noted that Quentin Tarantino makes films blended with violence and wry humor, and that the award-winning director now lives in the Jewish state with his Israeli wife and child. His work seems a perfect fit for Raz.

“If he will call and ask me, I’ll meet him for sure,” Raz said of Tarantino. “I admire him.”

Questioned about what it’s like to become famous in his 40s, being stopped at multiple corners and supermarkets, he related the story of when he was a 13-year-old in Jerusalem and hugged a soccer player he really admired. He said that if he can offer 30 percent of how he felt when he hugged that sports star to fans, then that would be great.

Where did Raz get his humor from?

“I think, as a child that had Attention Deficit Hyperactive Disorder [ADHD], you have to succeed at something because I didn’t succeed at school. … I was kind of a clown,” he said. “But I had an improv group, and we did a lot of comedy. So I [almost] had to succeed at acting.”

He said the shooting of “Hit & Run” went well in New York, but due to COVID-19, they had to take an eight-month break in Israel.

Raz is fueled by so many things, partly by the fact that his girlfriend, Iris Azulai, was stabbed to death by a terrorist in October 1990. He dedicated the third episode of “Fauda” to her, and on “Hit & Run,” his character’s name is Segev Azulai.

“I have a tattoo of the date on my hand,” said Raz. “It is always there with me.” 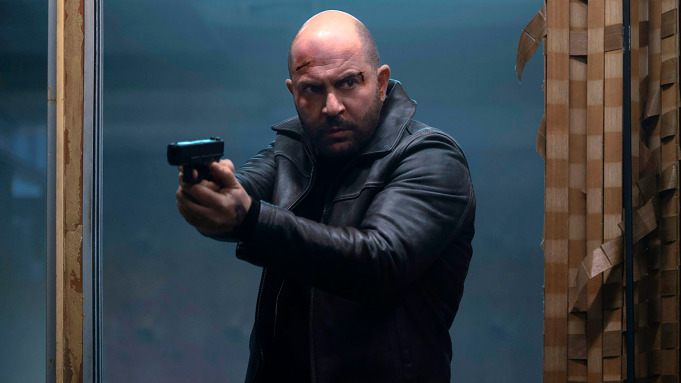 Lior Raz as Segev Azulai in an episode of “Hit & Run,” with scenes in Israel and the United States. Credit: Jojo Whilden, Courtesy of Netflix.
Republish this article in your newspaper or website