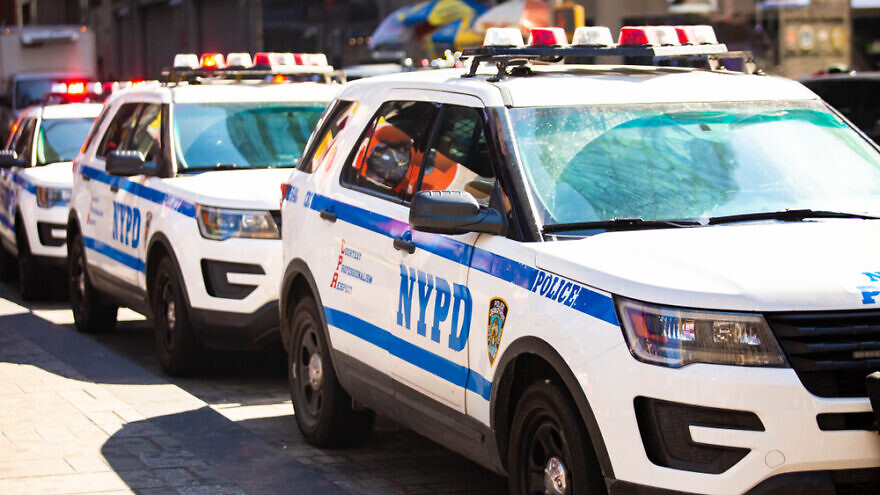 (December 6, 2022 / JNS) The New York Police Department on Monday reported 45 antisemitic crimes in the city in November, compared to 20 over the same period in 2021, according to police data.

In the most high-profile incident, two men were arrested for plotting to attack Jewish targets in the city. One was in possession of a hunting knife and a swastika arm band at the time of his arrest, with authorities later seizing a handgun and 30-round magazine from a bag one of the men had been filmed carrying earlier.

In other antisemitic incidents, four suspects assaulted a Jewish man on a street in Brooklyn; a man threw rocks at a Jewish school; and a vandal sprayed “Free Palestine” on a Chabad outreach vehicle, according to local media.

New York City Mayor Eric Adams last Wednesday denounced the increase in global Jew-hatred in an address at the 2022 Mayors Summit Against Antisemitism in Athens, Greece.

“The temperature is increasing ever so slightly that we have allowed [antisemitism] to normalize in every part of our lives. We have become accustomed to it; it has become popular,” said Adams at the event, which was attended by over 50 mayors and municipal leaders from across the globe.

The Anti-Defamation League recorded 2,717 antisemitic incidents across the United States in 2021, a 34% increase over the previous year.