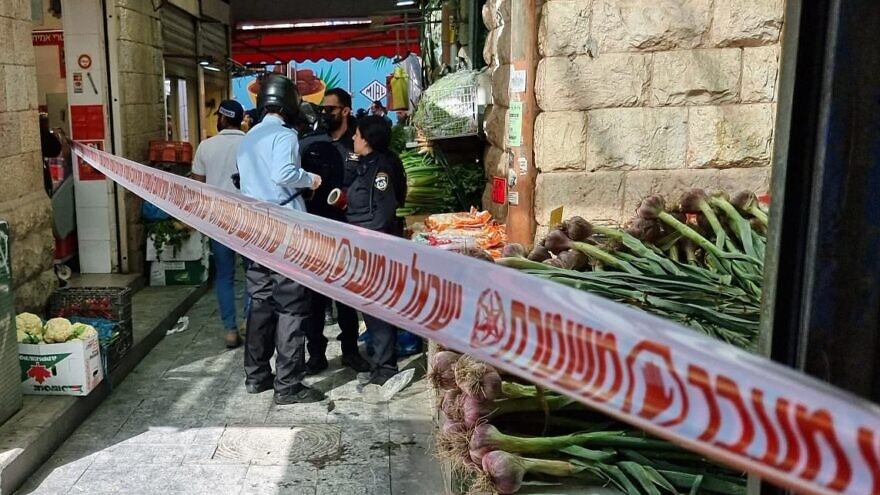 The incident began when police received a report that two individuals acting and speaking in an “unusual and suspicious” manner had just arrived near the market via the light-rail station, according to a police spokesman.

Police, already at the highest level of alert following a wave of deadly terrorist attacks across the country in recent days, were immediately dispatched to the area. Following a brief search, the suspects were located in a local butcher’s shop, police said.

When the officers approached, they were “brutally” attacked by the suspects, who punched and attempted to throttle them.

One of the officers then opened fire at the suspects’ lower bodies, according to police. The suspects suffered light wounds and were evacuated for medical treatment after being placed under arrest.

Jerusalem District Police Commander Doron Turgeman conducted a situation assessment with senior officers at the scene. The circumstances of the incident are under investigation.