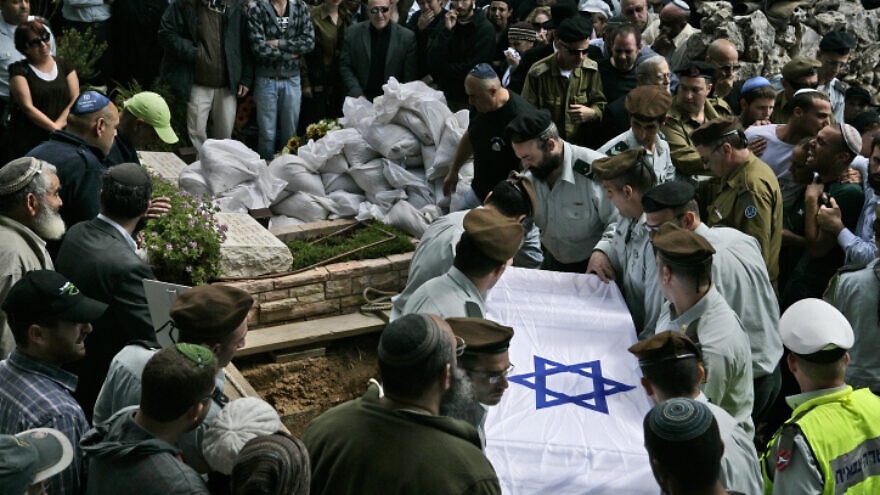 (August 10, 2020 / JNS) The Shin Bet announced on Sunday the arrest in July of one of the Palestinian terrorists suspected of involvement in the 2010 attack along the Gaza border that killed Israel Defense Forces’ Maj. Eliraz Peretz and Staff Sgt. Ilan Sviatkovsky.

According to Israel’s Kan News, Abdallah Daghmeh, 38, was indicted in the Beersheva District Court, and charged with murdering Peretz and Sviatkovsky, as well as operating and belonging to a terrorist organization.

Daghmeh was arrested after he entered Israel to donate bone marrow to his brother, who is undergoing medical treatment in an Israeli hospital. He was allowed to conduct the medical procedure while under arrest.

Israeli Prime Minister Benjamin Netanyahu congratulated the Shin Bet for Daghmeh’s arrest, saying, “All those who seek to harm us should know that even as the years pass, the State of Israel will not let up until we settle the score with terrorists.”

An educator and mother of six, she lost two sons during their army service. Peretz was awarded the Israel Prize for Lifetime Achievement in 2018 for her work to strengthen Jewish-Israeli identity.

The attack in which her son was killed took place on March 26, 2010, when IDF troops were drawn into a trap by a terror cell that pretended to be planting a bomb. When the soldiers arrived on the scene, the terrorists opened fire, killing Peretz and Sviatkovsky.