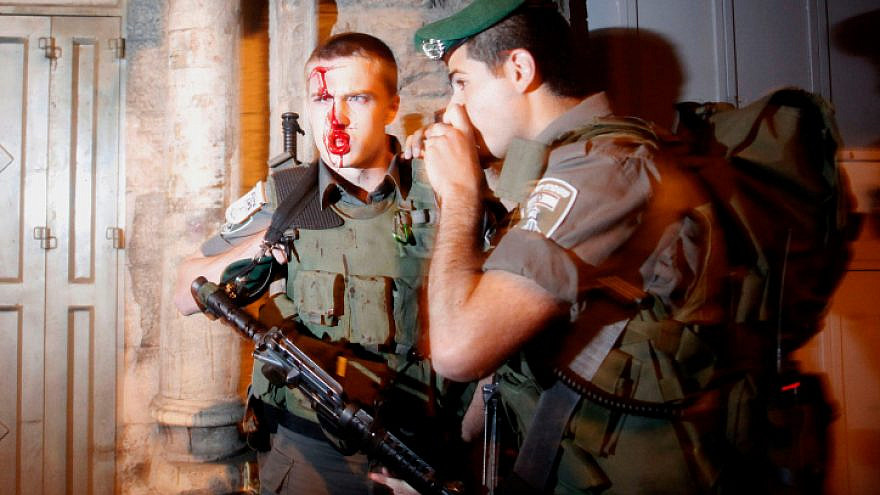 (December 7, 2020 / JNS) Six Israeli Border Police officers were wounded on Monday morning when riots broke out during an arrest raid in the Palestinian city of Kalandia near Ramallah, according to Israeli media reports.

Some of the locals took to the rooftops, hurling bricks and other heavy items, including a washing machine, at the security forces. Some were treated by medics on the scene; others, who lost consciousness, were evacuated to the hospital, where their injuries were designated as “light.”

During the clashes, the officers fired rubber bullets and live ammunition, wounding four Palestinians. Backup from the Israel Defense Forces arrived to complete the operation. Two of three suspected car thieves were apprehended.

A similar incident occurred in May, when IDF Staff Sgt. Amit Ben-Yigal was killed by a cinder block to the head during a raid in the Palestinian village of Ya’bad in search of suspected terrorists.