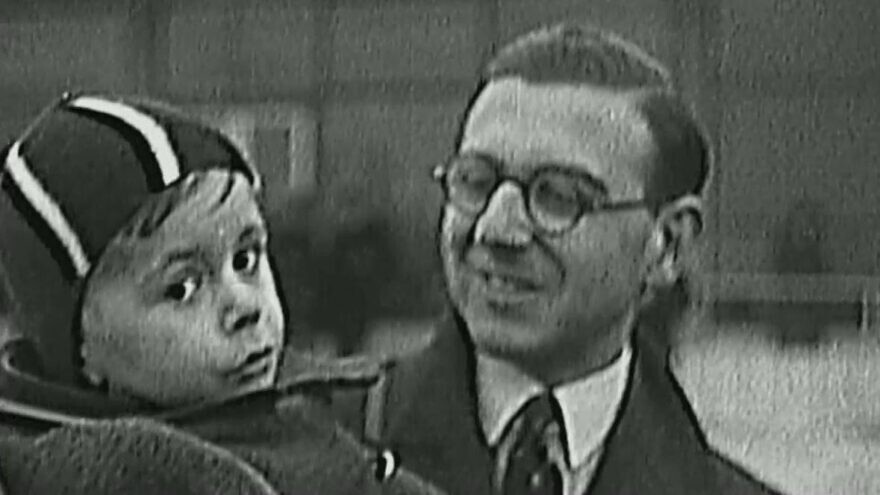 (September 7, 2022 / JNS) A bronze statue was unveiled in England in tribute to a British schoolteacher who helped 669 children in Prague escape Nazi persecution.

Trevor Chadwick from Swanage, England, assisted Sir Nicholas Winton in arranging for the children to travel safely to Britain in 1939 before and after the capital of the Czech Republic was occupied by Nazi German forces, according to the Trevor Chadwick Memorial Trust. He was later nicknamed the “Purbeck Schindler” for his efforts. He died in 1979 at the age of 72.

Winton, who has also since died, previously called Chadwick “the real hero,” saying “he did the more difficult and dangerous work after the Nazis invaded … he deserves all praise. He managed things at the Prague end, organizing the children and the trains, and dealing with the SS and Gestapo.”

The statue unveiled in Chadwick’s hometown of Swanage on Aug. 29 features a child sleeping on his shoulder while the teacher holds the hand of another youngster who looks up at him. It overlooks the recently renamed Trevor Chadwick Park and the Swanage Lifeboat Station, where he served as a crew member for several years.

The unveiling ceremony was attended by hundreds of guests, including Chadwick’s grandchildren and Winton’s son, Nick Winton.

Nick said that his father “would have been delighted to know that at long last there was something to commemorate the bravery and sacrifice of Trevor Chadwick,” reported Metro.

He added that “it is a fitting tribute, and I think it is essential that people have a record of the extraordinary contribution made by ordinary people like Trevor Chadwick to help others in need.”