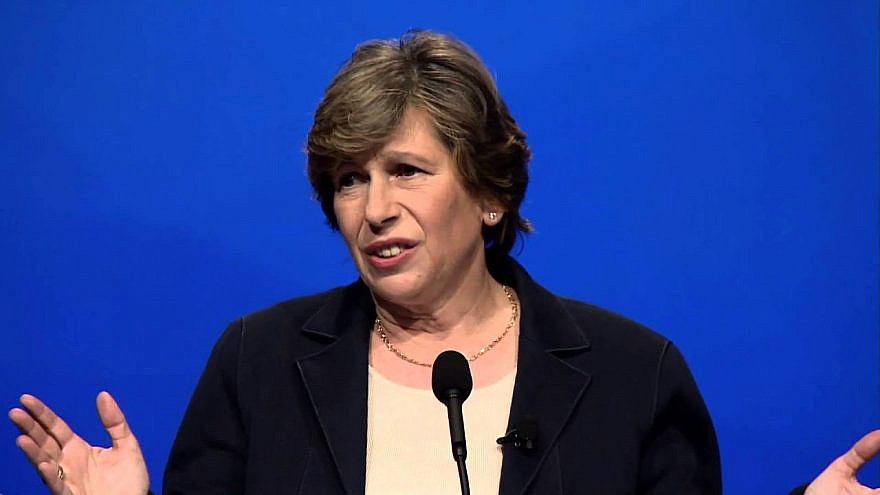 (April 8, 2021 / JNS) The president of a national teachers’ union said American Jews are part of an “ownership class” in the United States who want to take opportunities away from others.

Randi Weingarten, longtime president of the American Federation of Teachers (AFT)—the second-largest teachers’ union in the country—made the remark during an interview with JTA published on April 1.

When asked about parents who have been criticizing teachers who are resistant to resuming in-person learning in schools due to possible exposure to COVID-19, Weingarten, who is Jewish and lives in New York City, targeted American Jewish critics in particular.

“American Jews are now part of the ownership class,” she said. “Jews were immigrants from somewhere else. And they needed the right to have public education. And they needed power to have enough income and wealth for their families that they could put their kids through college and their kids could do better than they have done.”

“What I hear when I hear that question is that those who are in the ownership class now want to take that ladder of opportunity away from those who do not have it,” she added.

“We work with many Jewish students and parents in Los Angeles, and are extremely disappointed by Randi Weingarten’s inaccurate and dangerous generalizations about our community,” said Roz Rothstein, co-founder and CEO of StandWithUs. “Her comments are shockingly out of touch with the actual experiences of countless Jewish families before and during the COVID-19 pandemic, give undue legitimacy to anti-Semitic stereotypes, and they do nothing to help bring people in Los Angeles together during this difficult time.”