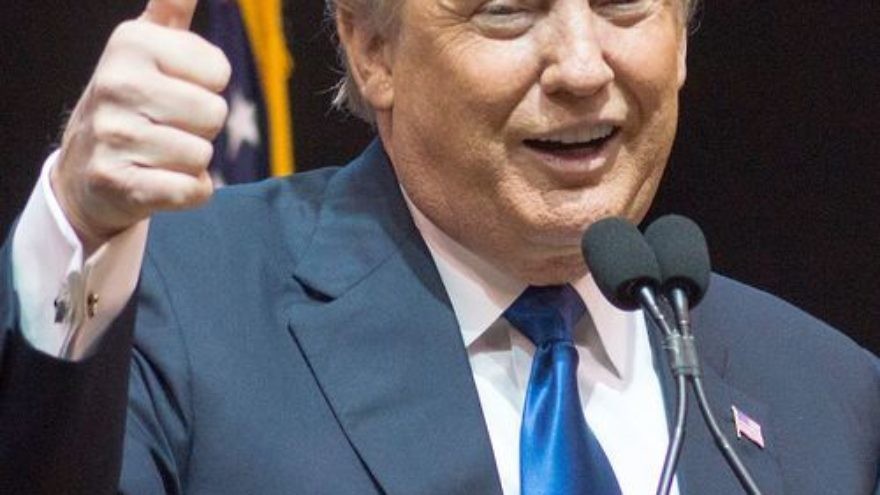 Love him or hate him, Donald Trump’s once unthinkable ascension became a reality earlier this month, following a largely drama-free roll call vote on the Republican National Convention floor. Trump, who will now represent the Republican Party against the Democratic Party’s nominee Hillary Clinton, is a prime example of a candidate whose vision and ideas are not a direct reflection of his party’s values and policies, and who, in many ways, battled his way to the top of the party.

Trump’s nomination is just one example of a current trend toward political personalization, a process in which the influence of individual leaders in the political process has increased, as the centrality of the political group declines.

This is not surprising. After all, we’re in the age of me.

This process of personalization is also taking place within the business world. More and more companies are identified with their CEOs. However, there is a difference:  In the business world, companies either thrive or go bust as part of the market forces at play. In politics, the rise of individual players isn’t just a danger to this or that party, but is likely to threaten the continued existence of the political party as an institution, and democratic governance as a whole. After all, democracy is based on the rule of law, as expressed through political institutions – not the rule of any specific single individual. And this is specifically valid for parliamentary democracies, like Israel, for which political parties are central and essential.

The decline of political parties and the personalization of politics are not unique to any one country; this is an international phenomenon. To be sure, the American political system has always been more personalized than its parliamentarian counterparts, with the former’s open primary system and direct election of the president. But parliamentary democracies are not immune to the phenomenon, and Israel is no exception. Indeed, new research has found that the process of personalization in Israel is more extreme than in other states. This is especially the case in the virtual or online world, where politicians can gain quick, easy, inexpensive and direct access to their constituents, without going through traditional media or party networks.

My team at the Israel Democracy Institute (IDI) found that Israeli citizens prefer to “like” the leaders of their parties on social media, rather than the parties themselves, more than the citizens of any of the other 24 democracies we studied. Analyzing the Facebook following of 121 parties who won 4 percent or more of the votes in two consecutive parliamentary elections as of February 2015, we found that in most countries social media exposure is greater for the parties than for the candidates.

In Israel, however, there is an extreme bias toward the party leader.

Some Israeli politicians, such as Prime Minister Benjamin Netanyahu, Yair Lapid (Yesh Atid) and Naftali Bennett (The Jewish Home), stood out in the absolute number of online followers they attracted, especially when compared to party leaders in other countries. This trend is especially significant when one keeps in mind that some of these nations are much more populous than Israel.

Another parallel trend, though less extreme, was on the supply side. Israeli party leaders were more active on Facebook and Twitter, than most (but not all) of their counterparts in the other 24 democracies we analyzed.

In this age of Facebook likes, 140 characters on Twitter and personalized media options, will we be able to preserve the power and influence of Israel’s political parties, as other democracies have done? Parties still have a role to play in democracies, essentially defined as run by the rule of law and institutions, not of any specific person.

This is a uniquely complex challenge. But I think we can turn this challenge on its head.

Social media can be transformed into tools for strengthening political parties and Israeli democracy. After all, unlike on TV, which gives a clear advantage to politicians over parties, abstract entities like political parties can live happily in the virtual world. Furthermore, social media platforms allow political parties to simultaneously connect with people who have widely varying levels of interest, knowledge and abilities by combining verbal, visual and written communication, while creating layers of information and facilitating activity. Social media thus hold the promise of fostering broader civic participation in policy debate and formulation than at any other time in our history, and they provide a platform for heightened accountability to the public.

Parties still have more resources than their leaders (at least most of the time). If political parties can learn to harness social media to their benefit, this could help counterbalance the excessive focus on individual personalities in Israel, and put the personalization genie back where it belongs ­– within the institution of the political party.