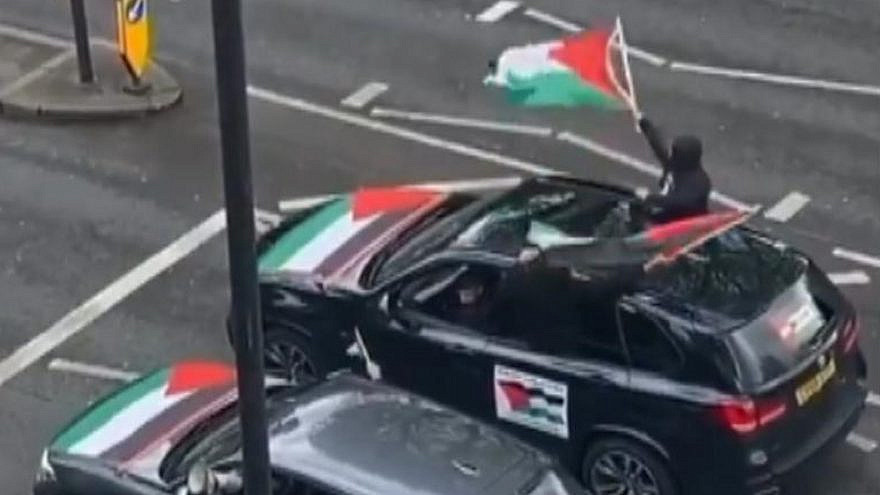 Asif Ali, 26, and Adil Mota, 27, both from Blackburn, were among four men arrested for taking part in a “Convoy for Palestine” that drove through London on May 16, 2021.

All four men drove in the convoy of cars, which were covered with Palestinian flags, and allegedly shouted anti-Semitic abuse and threats against Jews outside the vehicle’s windows with a loudspeaker. While driving through and near heavily Jewish populated areas, they yelled, “F*** the Jews, f*** their daughters, f*** their mothers, rape their daughters and free Palestine.”

All four men pleaded not guilty when they were charged last year.

“We are glad that the case against our client has been dismissed,” Mota’s lawyer, Ghafar Khan, told The Jewish Chronicle. “We had advanced the innocence of Mr. Mota from the outset; he has stressed he is not anti-Semitic and has nothing against Jewish people.”

Khan added that his client did not take part in the threatening or anti-Semitic actions displayed by other participants in the convoy.

“There was a car protest in which he took part to protest the difficulties faced in Palestine for the Palestinian people,” he said, claiming Mota has experienced “a really difficult and stressful time for the past 14 months.”

CPS said it will move forward with its case against two other men from Blackburn who took part in the convoy—Mohammed Iftikhar Hanif, 28, and Jawaad Hussain, 25—on charges of “using threatening, abusive or insulting words or behavior with intent, likely to stir up racial hatred.”