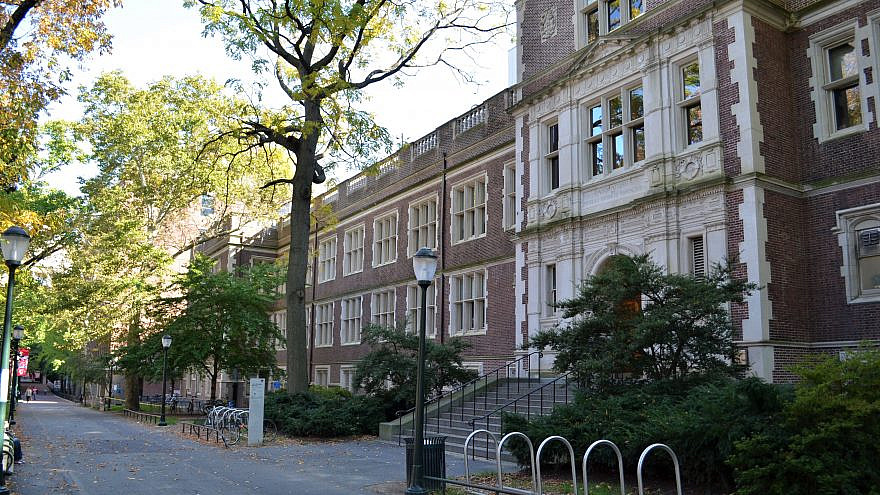 The Johnson Pavilion and Hamilton Walk in near the Perelman School of Medicine at the University of Pennsylvania in Philadelphia. Credit: Rehua via Wikimedia Commons.
Spread the word.
Help JNS grow!
Share now:

(April 5, 2021 / JNS) The University of Pennsylvania in Philadelphia said it will not move the date of its commencement ceremony, which is set to take place during the Jewish holiday of Shavuot, despite a petition to reschedule the event to accommodate those who celebrate the Jewish holiday.

According to the university’s student-run publication, The Daily Pennsylvanian, nearly 40 seniors who identify as Orthodox Jewish received an email about the decision on March 24. Vice president and university secretary Medha Narvekar, and vice president of social equity and community, and university chaplain Chaz Howard said the school cannot move the date of commencement due to logistical challenges.

“The details and logistics of executing an event of this scale have been set for well over a year, and it is not feasible to move the ceremony even without other in-person school ceremonies in place,” said the email.

The FAQ section on the university’s commencement website said the school will provide “alternate arrangements” to Orthodox students who choose to attend the ceremony in person—for example, by allowing observant Jews to complete a PennOpen Pass attestation verbally at the entrance, and complete required COVID-19 testing and registration ahead of time. A full recording of the event will also be posted online for families to watch at a later date.

More than 1,600 students and alumni of the university signed a petition in March asking the university to move the date of this year’s commencement ceremony.

According to Hillel International, as much as 17 percent of the university’s undergraduate population is Jewish. An active Chabad House at Penn also serves students in a city that ranks among the 10 highest metropolitan-area Jewish populations in the United States.