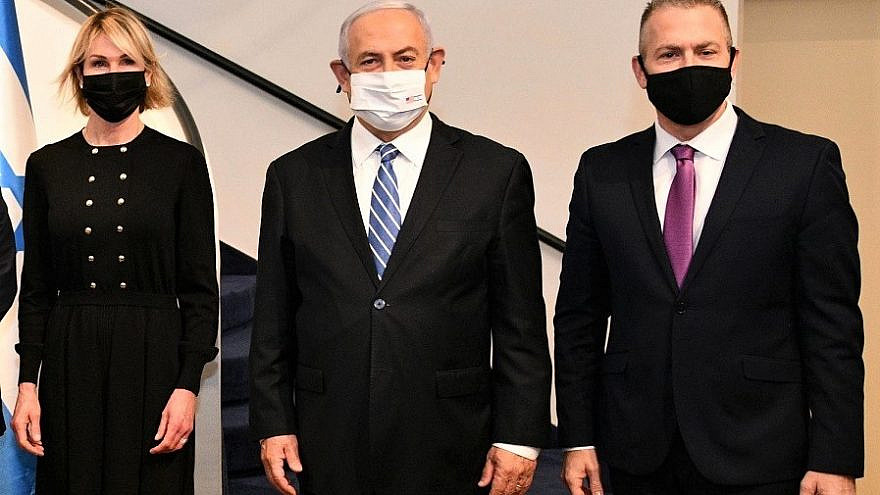 Netanyahu wasted no time in expressing his gratitude to her and U.S. President Donald Trump.

“I want to start by saying how much we appreciate the strong position that you have held in the United Nations, representing the powerful position and consistent position that President Trump has had defending the truth and defending the State of Israel,” said Netanyahu. “It’s the same thing in these forums.”

“He said to remember that in a place of complete darkness, if you light one candle of truth, that light can be seen far and wide,” said the prime minister.

Trump and his team “have done wonders to dispel so many of the myths and slanders against the Jewish people and the Jewish state, and we are eternally grateful for that,” he added.

Erdan also thanked Craft for her support of Israel in the U.N. Security Council and other U.N. institutions. “You were instrumental in triggering the snapback mechanism against Iran to ensure that critical sanctions remain in place. You truly understand that a nuclear Iran is an existential threat, not only to Israel but to the entire world,” he said.

In a tweet after the meeting, Craft said it had been an honor to meet with Netanyahu, whose leadership, she said, “has opened possibilities for peace and prosperity.”

Israel, she wrote, “has no greater friend than the United States and the American people. Just as the sacred sites of Israel have endured, so, too, will our alliance.”