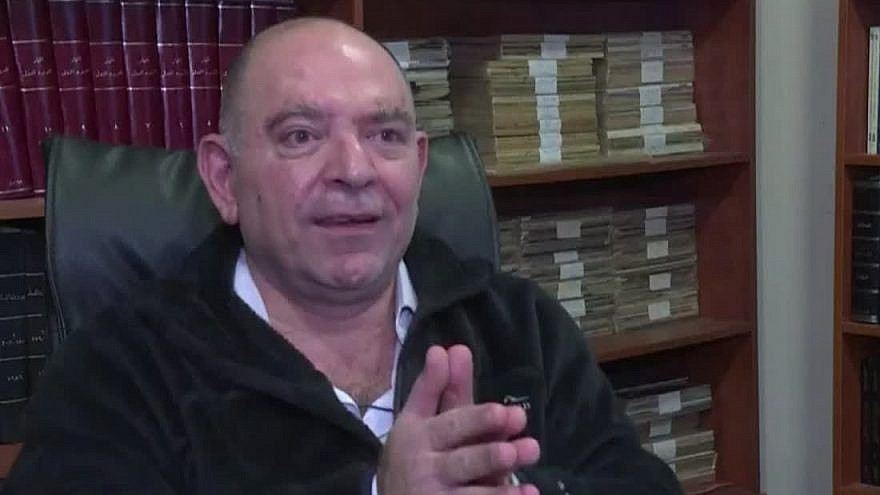 (February 5, 2021 / JNS) U.S. officials condemned the assassination of a prominent Lebanon anti-Hezbollah activist, Lokman Slim, who was found dead in a car in southern Lebanon with multiple bullet wounds.

“We join the international community in calling for his killers to be brought to swift justice,” said U.S. Secretary of State Tony Blinken. “Mr. Slim devoted his life to bringing about positive change in Lebanon and bravely pushed for justice, accountability and rule of law in his country. It is cowardly and unacceptable to resort to violence, threats and intimidation as a means of subverting the rule of law or suppressing freedom of expression and civic activism.”

Slim, 58, a publisher and filmmaker, was part of a small group of Shi’ite Muslim political activists who openly criticized Hezbollah. He was especially critical of Hezbollah’s ongoing war against Israel and the United States, and its impact on Lebanon’s Shi’ites.

He also criticized the U.S.-designated terrorist group for sending fighters to Syria to back President Bashar Assad in the civil war there.

His slaying comes amid a series of escalating problems in Lebanon that have left the country on the brink of collapse. Its political system has been paralyzed, its economy in free-fall, and it is still suffering from the aftermath of the Beirut explosion on Aug. 4, 2020, which killed at least 200 hundred people and left thousands homeless. The country has also been under a total lockdown for weeks to stem the coronavirus.

Rep. Michael McCaul (R-Mich.), ranking member of the House Foreign Affairs Committee, said he was “deeply disturbed” by the assassination.

“The people of Lebanon must not be subject to violence or intimidation by Hezbollah or any other entity for expressing their beliefs,” he said. “There must be a full investigation and appropriate accountability for his murder. My condolences to Lokman’s family.”

The American Israel Public Affairs Committee (AIPAC) also denounced the killing, saying that Hezbollah has long been a destructive force in Lebanon.

“With Iran’s help, Hezbollah has become the most important political player in Lebanon,” the group tweeted. “The terror group and its allies’ control much of Lebanon’s government and further its corruption and dysfunction at the expense of the Lebanese people.”