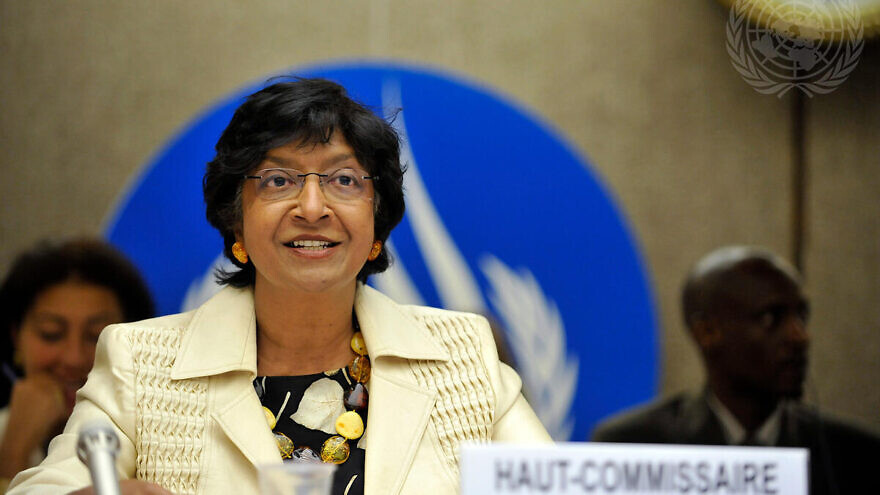 (June 8, 2022 / Israel Hayom) The U.S. State Department on Tuesday night issued a scathing rebuke of a United Nations Human Rights Council report on the May 2021 Gaza conflict that blamed Israel’s “perpetual occupation” of Palestinian areas for the flare-up.

The State Department reiterated its opposition to the “open-ended and vaguely defined nature” of the UNHRC’s Commission of Inquiry and said it “represents a one-sided, biased approach that does nothing to advance the prospects for peace” between Israelis and Palestinians.

“Israel is the only country subject to a standing agenda item at the HRC and has received disproportionate focus at the HRC compared to human rights situations elsewhere in the world,” the State Department added.

“While no country is above scrutiny, the existence of this [Commission of Inquiry] in its current form is a continuation of a longstanding pattern of unfairly singling out Israel. We re-engaged with and later re-joined the HRC in part to be in a better position to address its flaws, including this one, and we will continue to seek reforms,” it continued.

The commission, headed by former U.N. human rights chief Navi Pillay, is the first to have an “ongoing” mandate from the U.N. rights body. Critics allege that permanent scrutiny testifies to an anti-Israel bias in the 47-member-state council and other U.N. bodies.

The United States quit the UNHRC in 2018 under former President Donald Trump over what it described as its “chronic bias” against Israel, and only fully rejoined this year.

Unusually, as stated, the three-member Commission of Inquiry has an open-ended mandate, which one diplomat said was already a sensitive issue. “People don’t like the idea of perpetuity,” he said.

The commision’s members are from India, South Africa and Australia.

Israel slammed the report as well, rejecting it as heavily biased in favor of the Palestinians and said it is “part and parcel of the witch hunt carried out by the Human Rights Council against Israel.”

“The commission members, who claim to be objective, were only appointed to their roles because of their public and well-known anti-Israel stances, in direct opposition to the rules set out by the United Nations,” it said in a statement.

The 18-page report is almost entirely focused on alleged Israeli transgressions and only devotes a few paragraphs to the thousands of rockets and terrorist attacks carried out by Hamas and other Palestinian terrorist groups over the years.

It largely recaps efforts by U.N. investigators over the years to grapple with the causes of Mideast violence, and the authors acknowledged it was in part a “review” of previous U.N. findings.

“What has become a situation of perpetual occupation was cited by Palestinian and Israeli stakeholders to the commission as the one common issue” that amounts to the “underlying root cause” of recurrent tensions, instability, and protracted conflict, the authors wrote. They said that “impunity” for perpetrators of violence was feeding resentment among Palestinians in the West Bank, Gaza and eastern Jerusalem.

The report’s authors cited “credible” evidence that “convincingly indicates that Israel has no intention of ending the occupation.”

The report also voiced criticism of Palestinian leaders, saying the Palestinian Authority frequently refers to the “occupation” as a justification for its own human-rights violations.

While prompted by the 11-day conflict against Hamas and Palestinian Islamic Jihad in the Gaza Strip, during which 4,000-plus rockets were fired towards Israeli population centers, in which 250 Gazans (nearly half of whom were combatants) and 13 people in Israel died, the inquiry mandate includes alleged human-rights abuses before and after that date, and seeks to investigate the “root causes” of the tensions.