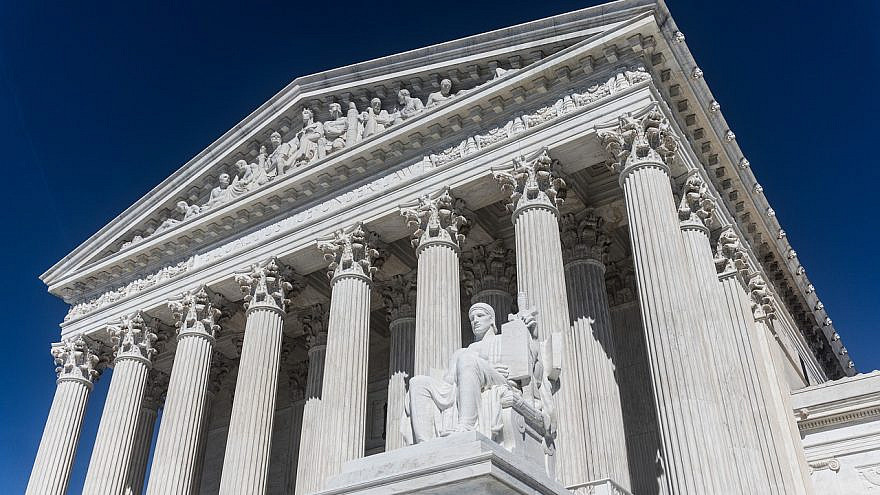 (December 22, 2021 / JNS) The U.S. Supreme Court will make the final ruling next month on the ownership status of a painting by Camille Pissarro that a Jewish woman who was fleeing Nazi Germany sold to a Nazi official, The Art Newspaper reported.

In 1939, Lilly Cassirer Neubauer sold Pissarro’s 1897 painting “Rue St Honoré, Après-Midi, Effet De Pluie” to the Nazi appraiser of her property, who paid $360 into a blocked account that she was banned from accessing, in order to get visas for her and her husband to flee Germany. The painting was later bought by the Swiss collector Baron Hans Heinrich Thyssen-Bornemisza, who then sold his entire collection in 1993 to the Thyssen-Bornemisza Collection Foundation (TBF) in Madrid, Spain.

When Neubauer’s heirs discovered the painting was at TBF in 1999, they sought its return in court.

The TBF is an agency of the Kingdom of Spain, the Art Newspaper reported. Although federal law typically prohibits a lawsuit to be brought against it in the U.S., the case was permitted because it alleged involved obtaining property in violation of international law, which is an exception that allows foreign parties to be sued under the U.S. Foreign Sovereign Immunities Act.

In 2020, the Ninth Circuit Court of Appeals in California upheld a ruling by the Central District Court of California that the TBF acquired ownership of the painting under Spanish law that entrusts ownership to an entity after six years if the latter had no knowledge that the property was stolen.

Neubauer’s heirs argued that the appeals court should not have based their decision on Spanish law. They claim that under California law, Neubauer’s family would be given ownership of the painting because the Nazi appraiser acquired the artwork by way of theft.

The Supreme Court will hear the case on Jan. 18.

Stephen Zack, a lawyer who is representing Neubauer’s heirs, told The Art Newspaper, “We are pleased that the U.S. Supreme Court has agreed to review this miscarriage of justice. State and federal laws and policies, as well as international agreements to which the U.S. and Spain are parties, make it clear that looted artworks should be restored to their rightful owners.”