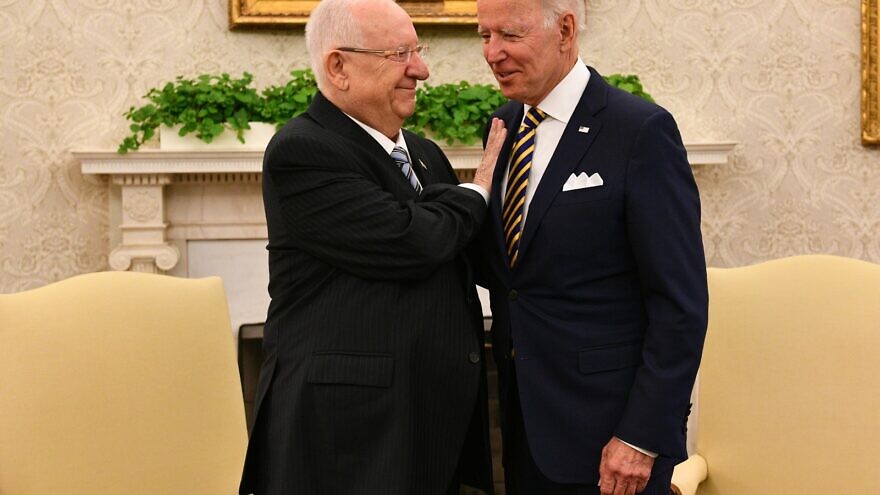 (June 28, 2021 / JNS) Israel and the U.S. are working to set up a meeting between new Israeli Prime Minister Naftali Bennett and U.S. President Joe Biden at the White House.

According to Axios, Biden had a phone conversation with Bennett two hours after he was sworn in, lending support to the fragile Israeli government.

Axios reported that White House sources say that both sides want the meeting to take place as soon as possible, sometime after July 18 when Congress is back in session, but the final date is yet to be determined.

New Israeli Foreign Minister and alternate Prime Minister Yair Lapid met with Secretary of State Antony Blinken in Rome on Sunday for the first time since the new Israeli government was formed.

In the meeting, Lapid reiterated Israel’s opposition to the United States reentering the 2015 Iran nuclear deal but told Blinken that he believed former Prime Minister Benjamin Netanyahu, saying that that proper way to discuss issues is through “direct and professional dialogue and not through press conferences.”

Blinken acknowledged that there will be differences between U.S. policy towards Iran and Israel’s, but that the two countries have the same objectives of making sure Iran does not obtain a nuclear weapon.

“Sometimes we differ on the tactics. We are very clear and direct with each other when that’s the case,” Blinken said. “And that’s exactly the way it’s supposed to be.”

“We’re going to be discussing a broad range of challenges, including Iran,” Biden said in a press conference with Rivlin before the meeting. “What I can say to you: Iran will never get a nuclear weapon on my watch, as they say.”

Biden confirmed that his team is working to set up meetings with the leaders of Israel’s new government.

“The bond between the people of Israel and the people of America is based on the understanding that we are sharing values—values of democracy, and values of liberalism,” Rivlin said. “And because of that, of course, we, according to a real friendship, can from time to time discuss matters, and even they agree not to agree about everything. But we count on you’re really declaration just now, really—both the Israelis to understand that we have a great friend in the White House.”