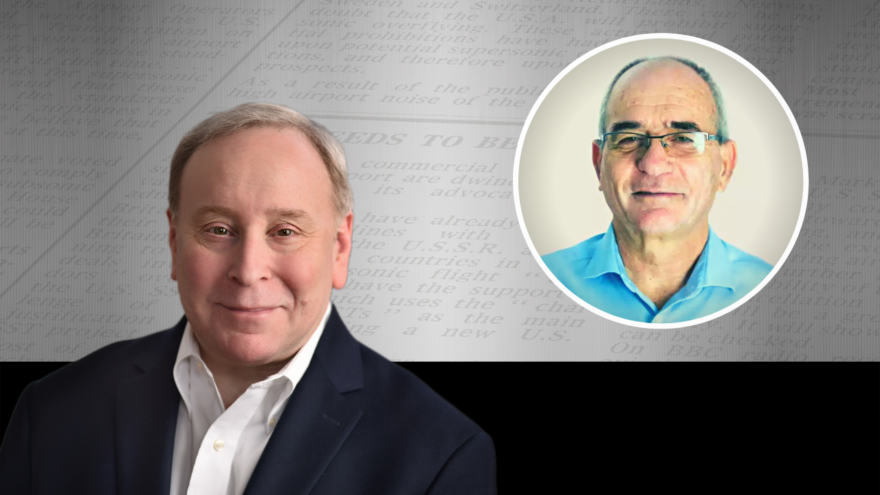 (October 20, 2022 / JNS) Some of America’s leading media outlets are mainstreaming anti-Semitism, and the latest examples aren’t just on the left. According to JNS editor-in-chief Jonathan Tobin, the decision of podcaster Joe Rogan to give a platform to BDS advocate Roger Waters, and of 0Fox News Channel host Tucker Carlson to offer an hour of prime time to an anti-Semite like Kanye West, illustrates the way Jew hatred is being showcased on popular sites.

In the latest episode of “Top Story,” Tobin highlights that the problem with the political left legitimizing anti-Zionism and tropes of anti-Semitism on college campuses, mainstream media outlets and even in Congress is well established. But what happened with Rogan and Carlson, both of whom have large audiences, illustrates that anti-Semitism exists on both ends of the political spectrum, he says. In the case of West, the problem was further demonstrated by the willingness of some voices on the political right, like pundit Candace Owens, to rise to his defense.

As Tobin states, “That too many otherwise decent people are either ignoring these incidents or downplaying them because speaking out means offending allies rather than political foes isn’t just a disgrace. It provides the explanation for why anti-Semitism is coming back into fashion.”

Yossi Kuperwasser of the Jerusalem Center for Public Affairs then joins Tobin on the podcast. The retired Israeli general calls the Israel-Lebanon maritime agreement the United States pressured Israel to sign nothing less than “paying protection” to Hezbollah terrorists.

Since Lebanon is governed by Hezbollah, he says, this deal is based on the idea that Israeli concessions will buy quiet from terrorists. However, he continues, temporary quiet shouldn’t be confused with progress toward peace. Israel will “pay the price later on,” he says.

Kuperwasser also worries that the Biden administration’s successful effort to get Israel’s interim government to agree to accept American security guarantees sets a bad precedent for future negotiations with the Palestinians, as well as for the efforts to halt Iran’s nuclear program. The administration, he says, fails to realize that the obsession with a two-state solution fails to take into account that the Palestinians don’t believe in two states for two peoples, meaning that they still believe the Jews aren’t entitled to one.