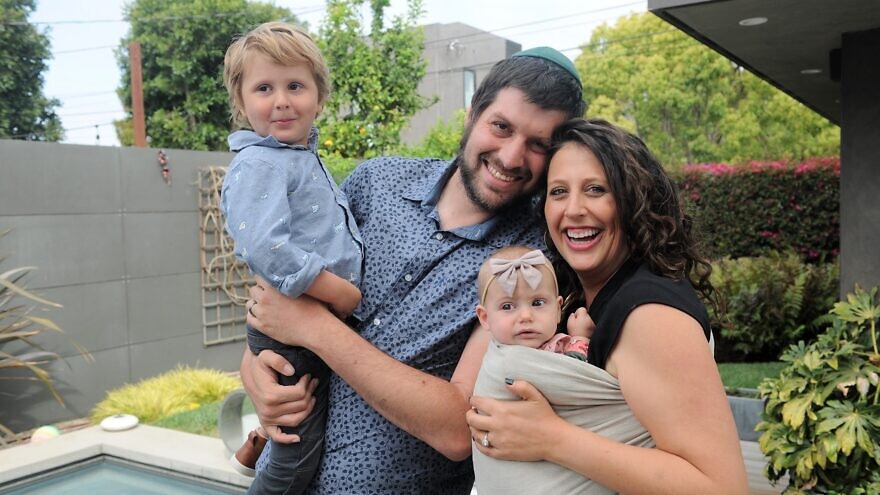 Kamaras, 35, joined the San Diego Jewish World as managing editor in May as a precursor to assuming ownership of the publication at the start of next year. He aims to expand the website’s reach among younger demographics in San Diego and beyond, particularly by continuing to grow the outlet’s already robust community of contributing writers.

“Community is the driving force behind our editorial philosophy,” said Kamaras. “The heartbeat of the San Diego Jewish World is comprised not only of our readers, but of dedicated writers in San Diego, across the U.S., and in Israel who share their passion and expertise on topics ranging from food, to travel, to the arts, to religion, to politics, to satire, and more. We continuously welcome contributions from new writers and on new topics, as there is truly no limit to this community’s umbrella. Donald Harrison, arguably the leading local expert on San Diego’s Jewish history and a community institution unto himself, has worked tirelessly to grow the San Diego Jewish World’s community and I am honored to carry our work forward to new heights.”

Kamaras majored in politics and journalism at Brandeis University, where he served as editor in chief of the school’s student newspaper. He spent his first year after graduation covering sports for The Jersey Journal of Jersey City, N.J., before gaining his first experience in Jewish journalism for The Jewish State, a weekly newspaper in Central New Jersey. He was the editor in Fair Lawn, N.J., for Patch.com, the formerly AOL-owned network of news websites, then returned to Jewish journalism in 2011 when he took the position with JNS.org launching the wire service’s product and growing its distribution to more than 75 Jewish community newspapers and websites across the United States.

In more recent years Kamaras founded his own PR firm, Stellar Jay Communications, where he continues to serve clients in the non-profit, for-profit, and government sectors. He is also an associate at J Cubed Communications, a Tel Aviv-based international PR firm that represents The Jewish Agency for Israel, Nefesh B’Nefesh, the Ruderman Family Foundation, the University of Haifa, Jerusalem College of Technology, and other organizations.

Born in Brooklyn, N.Y., Kamaras moved to San Diego in February 2018 with his wife Megan, who grew up in La Jolla. They have two children: Elliott, 3, and Aurora, 1. Jacob serves on the board of La Jolla’s Congregation Adat Yeshurun.

“I am delighted to turn over responsibility for San Diego Jewish World to Jacob Kamaras, who has broad experience in the field of Jewish journalism,” Harrison said. “As a young parent, he will bring to this publication renewed vigor. I know that he will continue to appeal to our present readers while connecting at the same time with a younger audience.”

Kamaras noted that the publication plans to host its inaugural gala fundraiser in early 2022.

“Amid today’s highly challenging financial environment for news operations, an outlet such as the San Diego Jewish World undoubtedly counts on the support of local community members and institutions to survive and thrive,” he said. “We look forward to continuing to serve our present and future readers, and simultaneously, we view this endeavor as a partnership with our community to ensure a vibrant future for Jewish news and commentary here in San Diego.”

Harrison began his journalistic career in 1962 with the UCLA Daily Bruin, eventually becoming that paper’s managing editor. After graduating with a bachelor’s degree in political science, Harrison joined The Associated Press, serving in its Los Angeles and Sacramento bureaus and on the New York Foreign Desk. In 1972, he was hired as politics writer of The San Diego Union, remaining in that position until 1980 when he joined L. J. Cella in establishing the public relations firm of Harrison & Cella. He covered the 1982 gubernatorial race between Tom Bradley and George Deukmejian for the Los Angeles Herald-Examiner.

In 1983, he served as communications director for San Diego’s Acting Mayor Bill Cleator, during which time he handled media arrangements for the visit to San Diego of Queen Elizabeth II, and helped to establish the San Diego Cruise Industry Consortium, for which he later served as executive director as the owner of the Harrison Enterprises, an independent public relations firm. Specializing in tourism accounts, Harrison helped found the Old Town Trolley Tour of San Diego in 1989, in the process serving as that company’s general manager.

Missing journalism, Harrison became a volunteer writer in 1986 for The San Diego Jewish Press-Heritage, rising through the ranks to become its editor and co-publisher with Norman Greene. Advertising failed to meet the rising costs of printing and postage and the newspaper folded in 2003. Thereafter, Harrison served as a columnist for the now-defunct San Diego Jewish Times, and in 2007 founded San Diego Jewish World, attracting more than 50 volunteer writers to regularly contribute to the daily online publication.

Harrison has written six books dealing with San Diego County Jewish history and is now at work on a seventh. He intends to continue writing and reporting for San Diego Jewish World with an emphasis on travel stories and book reviews. Harrison and his wife, Nancy, were married in 1968 and have two children, Sandi Masori and David. Their four grandchildren are Shor, 20; Sky, 14; Brian, 12; and Sara, 10. 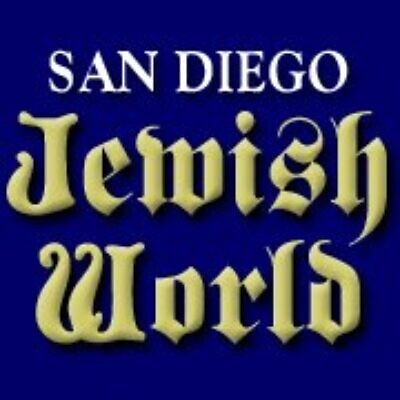 San Diego Jewish World
San Diego Jewish World (www.sdjewishworld.com) covers local Jewish-interest news, cultural affairs, and worldwide Jewish news. We have correspondents throughout the United States, Israel, and in countries with large Jewish populations. Our entire staff is volunteer.
Publish your organization's press release on JNS Wire
Releases published on the JNS Wire are communicated and paid for by third parties. Jewish News Syndicate, and any of its distribution partners, take zero responsibility for the accuracy of any content published in any press release. All the statements, opinions, figures in text or multimedia including photos or videos included in each release are presented solely by the sponsoring organization, and in no way reflect the views or recommendation of Jewish News Syndicate or any of its partners. If you believe any of the content in a release published on JNS Wire is offensive or abusive, please report a release.