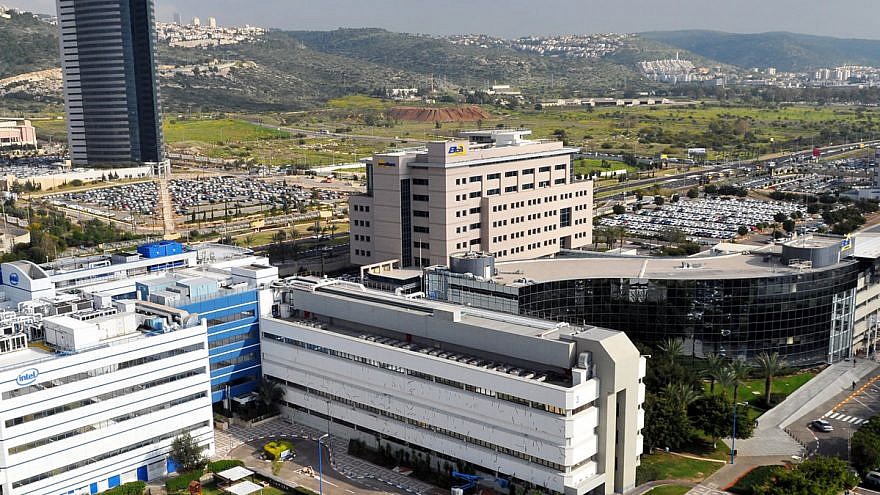 (January 16, 2023 / JNS) With the plummeting NASDAQ, rising inflation and interest rates, war in Ukraine and nervous investors, funding for Israeli technology startups is in the doldrums, decline by 43% in 2022 from the $27 billion 2021 bonanza year. Experts warn that as tech investment slows, the Israeli economy as a whole may suffer.

Although according to some, however, the prospects in Israel are not nearly as bleak as they are in the United States.

When tech funding slows, other businesses tend to slow down as well. Suppliers of components, raw materials and services lose revenue, and investors may have to write off capital. Service providers such as accounting, legal, travel and marketing firms may have to lay off staff.

JNS interviewed a number of industry scions to understand how funding tech companies has changed. Pre-seed and seeding rounds of funding are the embryonic stages that help a business build its infrastructure. A more mature company seeks additional capital to get its operations started. These funding rounds are labeled “A, B, C, etc.” At some point a few lucky companies advance from privately-held initiatives to the initial public offering (IPO) stage.

Shlomi Uziel, CEO of Quai.MD, is in the process of moving from the pre-seed stage to acquire seed funding. His artificial intelligence platform addresses care variability in electronic settings, creating uniform protocols for hospitals in every aspect of healthcare from diagnosis to billing, keeping the care and the reimbursables consistent. He has forged partnerships with the Medical University of South Carolina and is about to seal an alliance with Mayo Clinic in Rochester, Minnesota.

But Uziel says that in today’s market there is a catch-22.

“Venture capitalists are generalists and therefore expect initial revenues, but in the healthcare world you are working with hospitals and healthcare systems, so it’s a longer game,” he explains. “We need funding to complete the product. The cycle to get the product is longer, the cycle to get to revenue is longer.”

“My solution”, says Uziel, “is to look for ventures that really understand the healthcare systems, such as hospital venture arms.”

Jonathan Medved, founder and CEO of OurCrowd, a global venture platform for accredited investors, has faith. He says the slowdown is all part of a predictable cycle. More than 75% of money deployed in Israel is coming from abroad and most invest with a 3-, 4-, 5- even 10-year window to exit. Markets are cyclical, he says.

“2021 was an outlier year, drawing $26 billion-$27 billion in funding,” explains Medved. “COVID was enormous for investments in all things digital. Stocks went up and it was the best year for funding. 2022 was $16 billion, up from 2010’s $10 billion. Israel is still home to 98 unicorns—[privately-held] tech companies worth a billion dollars or more. For a country this size, that is unbelievable.”

Medved explains that when the funding numbers drop by 40%, the valuation of companies goes down. The plunging NASDAQ had a direct impact on venture capital and startups that had not yet gone public, as the valuation is established by investors through comparative analysis. With all the prices down, the prices of venture capital companies are down across the board, by amounts ranging from 30 to 90%.

That has two impacts. It upsets the investors who thought their shares were worth more than they are. But on the upside, new investment is more affordable. In fact, explains Medved, seed investments are up 22%.

The slowdown is most likely to affect late-stage funding for companies getting closer to going public. The number of IPOs is down and likely to continue to slow down as special purpose acquisition companies (SPACs), publicly traded companies that are formed for the purpose of acquiring existing private ones and taking them public via mergers, got hit hard in 2022.

Higher interest rates and fears that the acquired company may have a harder time growing and generating revenue should there be a recession made it more difficult for SPACs to raise capital and find suitable acquisition targets, closing IPO windows. Firms at the series C or D funding phases can no longer go public. Startups initially advised to focus on building the company and not worry about producing cash immediately, now must pivot to keep themselves afloat. Some may self-fund in what is known as bootstrapping. Others may streamline their operations, focusing on revenue instead of growth. Formerly they were centered on growth instead of profit.

Serial entrepreneur and venture capitalist Michael Fertik is the managing partner and founder of the Palo Alto, Calif.-based Heroic Ventures and a frequent investor in Israeli startups. In May 2022, he warned his clients in a letter of the “VC Winter” that we are currently experiencing. Fertik told JNS that he is cautiously optimistic about the future.

“Barring any global armed conflicts, I believe the next nine months will be better. Deals are going to start happening again. We have already hit the bottom, and valuations are very low. The money will start flowing again, but the hump is not going to be short lived,” he says.

Roy Fridman, CEO of Jerusalem-based C2A Security, is one of the entrepreneurs who changed his company’s strategy to accommodate the new reality.

The first cybersecurity DevOps platform for automotive, C2A uses a set of practices that combines software development and IT operations in an effort to shorten the systems development life cycle and provide continuous delivery with high software quality, to enable customers to achieve high levels of cyber security at a lower cost.

The DevOps platform works for electric vehicles and electric infrastructure and for all electric and internal combustion engine vehicles. Between Series A and B round funding, the platform was focused on in-vehicle security, which because of the manufacturing process involved was a long-term proposition. Fridman joined the company in 2022 and immediately refocused it on goals that would produce short-term revenues.

“2023 will be a year of execution,” he explains. “I must ramp up my revenues and I’ve planned my cash burn to get past the winter and through 2023, but in parallel to that, I have refined my strategy to be focused on revenue generation. This is what investors expect now. The market is not great but any company with a great product will be able to raise the next round if they can present what the investors expect of them.”

Fridman says the company’s original business plan did not change.

“The bottom line didn’t change. Profitability didn’t change,” he says. “What changed was when I was going to ask for funding and how aggressive I would have to be. I streamlined the company and built the team. I have the right strategy and the right product.”

Hillel Fuld, an adviser to startups and a journalist, similarly believes the funding crisis is not a crisis at all. It’s a correction.

“I don’t share in the hysteria,” Fuld explains. “Companies were being valued at hundreds of millions—even billions—of dollars. The legitimate companies will be left standing.”

He points out that Israel’s Silicon Wadi is in a much better situation than its Silicon Valley counterparts. In the past, he says, Israeli entrepreneurs would be frustrated because their businesses were valued at a fraction of the funding of American companies. But the leaner Israeli companies are better equipped to deal with the downturn and will ultimately require less downsizing.

Fuld believes that layoffs are sometimes necessary for CEOs to focus on profitability. “When funding dries up, CEOs must choose between making money and growth. They must focus all resources on monetization and building great products. The perks must go.

The trauma of layoffs

“I don’t minimize the trauma of layoffs in the least,” he explains. “Ultimately, people will acquire a new skill—something that companies need. A person who brings in dollars and cents to a company is valuable to that company and will not be laid off.”

According to Medved, the biggest expense for most of these startups is manpower. “Typically, the manpower expenses can be 60-80% of the total.”

An Israeli executive recruiter who works in the tech field, and declined to be named, says he has been dealing with hundreds of workers who were laid off by technology companies and companies that have scaled back on hiring or cut workers because of financial issues.

Some workers are finding new jobs but they often are forced to take significant pay cuts for lateral moves, he says. Finding junior positions for candidates straight out of computer science programs with army experience has become more competitive. People being laid off, according to this recruiter, are not usually the top workers, and because of the glut of available staff, companies are being more selective and taking things slower when hiring. Well-established companies are still hiring, particularly for specialized postions such as DevOps and R&D. He believes that most candidates at the end of the day will find their next job, but they may have to compromise on salary.

Fuld points out, “It’s a global correction. Anyone redundant—whether in-house or ancillary, will have to figure out how to become necessary. A PR agency that charges $15,000 per month but doesn’t produce results is not going to survive the cut.”

The good news is that the Israeli economy is driven by the tech economy. According to Innovation Israel, over 50% of exports are technology related.

“Israel has become branded as a tech juggernaut,” says Medved. “It has been an extraordinary engine that has driven our economy forward. There are so many risk factors today ranging from the war in Ukraine, supply issues and the American stock market, but Israeli tech is in so many different sectors. It has become an element of our diplomacy. Other countries want to work with us, and it’s all centered on Israeli technology. In fact, OurCrowd just announced an AI launch in the UAE.”

On Feb. 15, OurCrowd will host its annual Jerusalem tech summit that will feature some of the startups that went public, with product demonstrations from private companies in telemedicine, transportation, food and agriculture tech, and health technology.